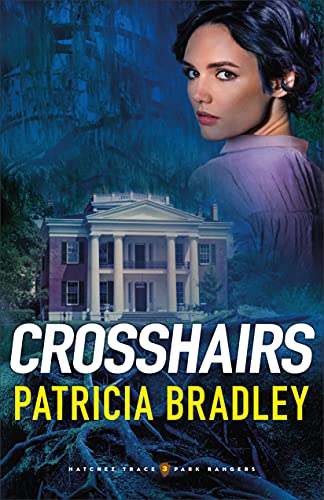 Ainsley Beaumont has arrived in her hometown of Natchez to work a case for the district Park Ranger. A teen has been murdered on the Trace. Then someone trains their sights on Ainsley. She and Ranger Linc Steele were very close years ago before Ainsley chose a singing career over staying in Natchez. Now with that career behind her, Ainsley has a job that she loves as a law enforcement Ranger. While Linc and she are working together on the case, things heat up and now Ainsley’s life is in danger.

Lots of twists and turns and multiple suspects. The excitement does not let up. The book kept me turning pages trying to guess who the culprits were. The characters were interesting and well drawn. I liked the dynamics between Ainsley, her grandmother and great aunt. The missing 1870s diary was an interesting focal point. The message of reconciliation between Ainsley and her dad and counting on God during the tough times rang true. The re-connection with Linc was realistic and provided just the right romantic touch.

I have enjoyed the Natchez Trace series so far. I am so glad there will be a book four!
*I received a complimentary copy of this book from Revell Publishing on behalf of the author. I was not required to give a favorable review. All opinions are my own.*5 stars and a solid faith thread

ABOUT THE BOOK
When evil just won't quit, good must prevail

Investigative Services Branch ranger Ainsley Beaumont wishes the visit to her hometown of Natchez, Mississippi, was under better circumstances. When she arrived to investigate the murder of a pregnant teenager, she never imagined that she would become the killer's next target--or that she'd have to work alongside an old flame.

After he almost killed a child, former FBI sniper Lincoln Steele couldn't bring himself to fire a gun, which had deadly consequences for his best friend. Crushed beneath a load of guilt, Linc is working at Melrose Estate as an interpretive ranger. But as danger closes in on Ainsley during her murder investigation, Linc will have to find the courage to protect her.

The only question is, will it be too little, too late?