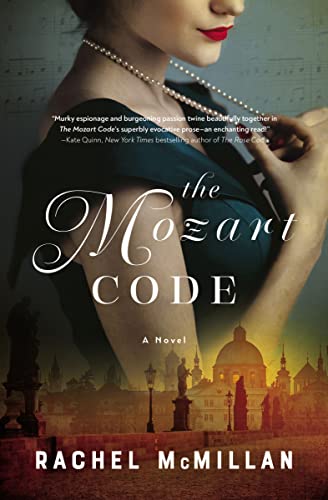 Epic novel. This is one to savor and experience Vienna and Prague vicariously. I love spy stories. This one is stunning and cerebral.

Set in Prague and Vienna post WWII, this novel was all about the cold war and espionage. It is easy to see why Ms. McMillan loves these beautiful cities from her vivid descriptions of them. I have always loved spy stories and this author does spy to a T. Set partially in Vienna, the city of spies, this story drew me in with its complex plot and exemplary characters. A marriage of convenience between old English gentry was crafted with a poignant romance.

Sophie is a capable, strong heroine but is vulnerable where Simon is concerned. Simon is an exceptional agent and is still working for England in the aftermath of war. The old friends support each other but they both have secrets, one of which is their growing fondness for one another. A key point in this intriguing story is Mozart, his history and his music. It is wonderfully tied together. Sophie adores his music so much that it plays in her head and her fingers execute the pieces of music seemingly of their own volition. 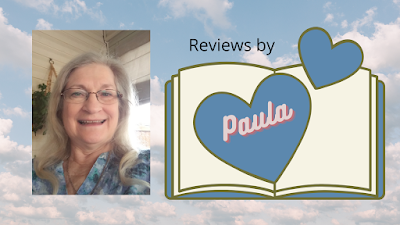 A memorable story for fans of Historical Fiction with tie-ins to espionage and beautiful Prague and Vienna.
* I received a complimentary ecopy of this book from the author. I was not required to give a favorable review. All opinions are my own.*5 stars and a faint faith thread

BackCover Blurb:
No matter how you might try to hide in a war to escape your past, it is always close at hand.

Lady Sophia Huntington Villiers is no stranger to intrigue, as her work with Alan Turing’s Bombe Machines at Bletchley Park during the war attests. Now, as part of Simon Barre’s covert team in post-war Vienna, she uses her inimitable charm and code name Starling to infiltrate the world of relics: uncovering vital information that could tilt the stakes of the mounting Cold War. When several influential men charge her with finding the death mask of Mozart, Sophie wonders if there is more than the composer’s legacy at stake and finds herself drawn to potential answers in Prague.

Simon Barrington, the illegitimate heir of one of Sussex’s oldest estates, used the previous war to hide his insecurities about his past. Now, he uses his high breeding to gain access to all four allied quarters of the ruined city in an attempt to slow the fall of the Iron Curtain. He has been in love with Sophie Villiers since the moment he met her, and a marriage of convenience to save Simon’s estate has always kept her close. Until now, when Sophie’s mysterious client in Prague forces him to wonder if her allegiance to him - and their cause - is in question. Torn between his loyalty to his cause and his heart, Simon seeks answers about Sophie only to learn that everything he thought he knew about his involvement in both wars is based on a lie.