UNTIL LEAVES FALL IN PARIS by Sarah Sundin, Review by Winnie Thomas 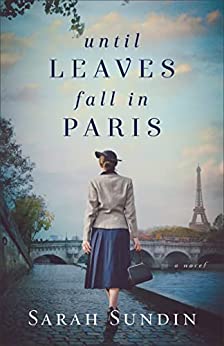 Set in Paris during the German occupation in 1940, Sarah Sundin’s newest book, Until Leaves Fall in Paris, is a heart-wrenching, poignant tale of courage, intrigue, adventure, and love. Sundin is a master at creating riveting historical fiction with colorful, realistic, and engaging characters. She’s also a master at plopping them down in dangerous, suspenseful situations and then skillfully bringing them out the other side while turning the reader’s heart upside down in the process.

Lucie Girard is a plucky, courageous, talented dancer who takes over Green Leaf Books when her friends, the Jewish owners, flee Germany. When an opportunity presents itself to aid the resistance, she takes it, although it puts her in great danger. Paul Aubrey, an American widower with a small daughter, owns an automobile factory and is gathering information against the Germans, even while he’s selling them trucks. I enjoyed the interaction between Paul and Lucie and seeing their relationship change and grow, even though doubts and mistrust plague them both. 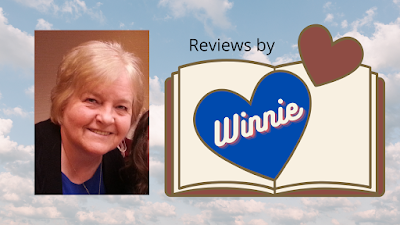 Sundin’s vast knowledge of World War II events and settings and her impeccable research add a compelling quality to her stories as they come to life through her beautiful writing. Filled with historical detail, intrigue, suspense, and a dash of romance, this tale is one you don’t want to miss.
*I voluntarily reviewed a complimentary copy from Revell through Interviews and Reviews. All opinions are my own.

BackCover Blurb:
As the Nazis march toward Paris in 1940, American ballerina Lucie Girard buys her favorite English-language bookstore to allow the Jewish owners to escape. Lucie struggles to run Green Leaf Books due to oppressive German laws and harsh conditions, but she finds a way to aid the resistance by passing secret messages between the pages of her books.

Widower Paul Aubrey wants nothing more than to return to the States with his little girl, but the US Army convinces him to keep his factory running and obtain military information from his German customers. As the war rages on, Paul offers his own resistance by sabotaging his product and hiding British airmen in his factory. After they meet in the bookstore, Paul and Lucie are drawn to each other, but she rejects him when she discovers he sells to the Germans. And for Paul to win her trust would mean betraying his mission.

Master of WWII-era fiction Sarah Sundin invites you onto the streets of occupied Paris to discover whether love or duty will prevail.
Revell Publishing, February 1, 2022
Available in digital ebook, paperback, hardcover, and audiobook:
Buy UNTIL LEAVES FALL IN PARIS at Amazon, Christianbook.com, and Baker Book House
Posted by Debra E. Marvin at February 19, 2022