by Wenda Dottridge
My children always laugh at me when they hear me on the phone speaking to a South African. My accent changes, instantly, from flat North American to the clipped twang I picked up in the two years I lived in South Africa in the early 1990s. Instead of saying "uh-huh" and "okay" I switch to "yahs" and "yiss-es." "No way" becomes "ag (pronounced with a little flem on the 'g') shame." "How sweet" = "ag shame," "That's too bad" = "ag shame." If you haven't guessed, "ag shame" serves as a suitable response to just about anything.

It's not that when I speak to South Africans I choose to change my accent. In fact, I don't think I change my accent per se, I just shift my vocabulary and speech cadence. This is a skill I had to learn when I lived and worked in England and then in South Africa and my husband, likewise, had to do when he came to Canada. Adopting the rhythm and vocabulary of the people you work and live with isn't an affectation, it's a matter of maintaining clear communication.

Consider my early experiences working in England as a temporary secretary. My first assignment was to man the switchboard at a law office near the magistrate's (criminal) court (I think, the details are hazy as I was only there for one day). After numerous snarl ups attempting to decipher a caller's name through thick east-end accents of the firm's clientelle I lit on a plan. Instead of asking subsequent callers to repeat their name, over and over and over again, I would ask the caller to spell their name. Brilliant! The next caller's exasperation practically turned my handset to lead as he dutifully spelled his name for me - S-M-I-T-H.

Or in my next job (that lasted months, not days) the very gorgeous, very hunky new Aussie exec who approached me on his second day and, with utter sincerity, asked if I might provide him with a rubber. Gulp.

Or during a week long tour of Ireland with some Irish friends. At the first B&B Seamus asked if I'd like to be knocked up in the morning. Ummm. No. Thanks. (I hadn't been to South Africa yet or I would have said "ag shame, but no.")

Or, when booking a flight to Australia for my boss (no, sadly not the eraser-deficient hunk) I was reciting the ticket number to the agent and said, "oh-eight-four-six-Q-W-slash-two-three-four," and was met with utter silence. The agent said, "What did you say?" So I repeated it, and in a very stiff voice she told me I probably meant to say "dash."  Okay. Whatever. It took a quick consult with the Kiwi in the next cubicle to figure out that "slash" is not a polite word in England, its meaning less to do with a keystroke on a computer and more to do with bodily functions. Oops.

Renee Zellweger was wonderful in Bridget Jones's Diary because she didn't just put on an English accent, she nailed the character. She got the mannerisms, the hefty pauses, and the London slang. You see, even though we share a mother tongue with English speakers in other places doesn't mean we share the same nuances. Accent is about more than simple tomaaatos and tomahtos. So, you can see that adopting a new way of speaking, a new vocab and new intonation when in a new culture, can not only be important, it can be essential. 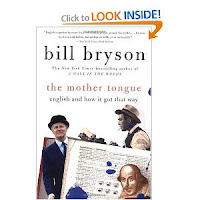 Our regional version of English is uniquely flavoured by our area's history, other linguitic influences (i.e. eh? from the French and noo doowbt aboowt it from the Scots who settled much of Canada), and well, lots of stuff. (For a slightly more thorough treatment of the subject I highly recommend Bill Bryson's The Mother Tongue.) In South Africa, the English language is a hybrid of Oxbridge weighted English flavoured with Afrikaans (a Dutch derivative). The vocabulary is, in some regions, almost creole-like, so strong is the influence of Afrikanns and indiginous languages.

Just last week I could feel my tongue sliding around words like braaivleis and Vereeniging and Hluhluwe without difficulty while our family visited friends and relatives in South Africa. "Howzit?" filled in for "how'reyou?" and "Your welcome" was replaced by "It's a pleasure." My vowels were softer and my consonents harder and then, as we flew home, the whole families' speech shifted and changed until we were speaking Calgarian English before we reached the luggage carousel.

South Africa isn't the only place I slip into a different language, however. Like most Christians I speak Christianeese. There are different dialects within Christianity, but for the most part I'm talking specifically about evangelicaleese. The most amusing aspect of this particular form of English is the Canadian preacher who slips into a deep-South accent to lay on the Word of Gawd. Cracks me up every time.

There isn't a problem, really, with Christians developing a lingo around our culture. It's not something unique to the Church. Industries also do this all the time, or particular workplaces. The creation of a unique lingo provides shortcuts within a closed culture. Which can be functional for insiders, but disasterous when the business needs to grow or change or incorporate newcomers, something I see all the time in my work as a business consultant.

And if jargon can be a problem for business, what does it do for the Church?

Paul, in Galations, asserts that he is neither Greek nor Jew, slave nor free, male nor female. He is encouraging the Galation church to set aside destructive divisions and to be "one in Christ." You see, the Galations were hung up on their identity by their group, something I think we, as Christians all too often do. We find our identity in our churchiness, not Christ. And our churchiness is so often expressed by how we speak when we are with other Christians and also in how we express our faith to those who are not Christians. Whenever I read this passage, I think of Paul being a Jew for the Jews and then getting on a boat and maybe, just maybe, changing the way he speaks so that he can assert his Roman credentials to the Romans. For him, the accent didn't matter. Christ did.

This week, as you go about your daily life, think about the language you use and the dialects you adopt as you move from home to church to workplace. Do you, like me with my pseudo-South African accent, move from place to place, adjusting your speech so you are better able to communicate with others? Do you change not only what you say and how you say it, but how you listen to and interpret what others say to you?

Don't be shy, share your thoughts on Christianeese, English dialects or anectdotes on same.
Posted by Wenda Dottridge at July 23, 2010