by Gina Welborn
You know you're from Oklahoma when the meterologist (Gary England) announces a Tornado Watch...and you and all your chitlin go outside to admire the rotation.

You know you're from Okahoma when a 'fraidie hole is at the top of your list for new home requirements...only because you want a spare room for parties.

You know you're from Okahoma when you watch TWISTER...and fastforward though all the boring non-tornado scenes.
Cow!
If my husband weren't a pastor to students, he'd either be a stock market bajillionare or a dirt-poor, ball-cap-wearing weather spotter for the local news. Only he is a pastor, so we're blessed with his obsession for accurately measuring snow accumulation, taking eighteen pictures of a piece of hail (the shading was off), and going all giddy on us when a storm--ANY type of storm--hits the radar over where we live. 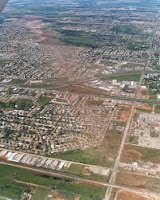 My 12-year-old daughter likes to tell people that she slept through the dreadful May 3rd tornado that ravaged Oklahoma City in 1999. She did. I had fun talking with the other folks with us in Bob and Vera Craig's storm shelter.

Nothing like bad weather for an excuse to party.

The beauty of Okahoma's varied weather can literally take one's breath away.

The roar of a tornado is auditory bacon to one's ear. That should say much coming from this non-legalistic vegetarian.

Moving to Virginia we knew our dreadful weather options would be more limited. Oh contraire.

Tornado? Check. Occured one month after we moved here. Everything in a five-county perimeter surrounding where the itty bitty F-1 tornado touched down was closed or cancelled. That should have been a clue to me at how, God bless 'em, unappreciative central Virginians are of destructive weather.

Blizzard? Check. Occured the second winter. Of course, this was when we learned two snowflakes means School's Cancelled. *sigh*

Deluge? Check. Overflow from the James River descimated Shockhoe Bottom. The worst part of it? Bottom's Up Pizza was closed for months. Months!!! It's not called Gourmet Pizza at it's Best for nothing. I want to go to there. Now.

Drought? Check. Not even the weeds in our yard grew that summer.

Fire? Check. Okay, so it wasn't a natural disaster, but a building or two near Virginia Commonwealth University burned.

Hurricane? Check. Isabel '05. She slammed into the Outer Banks then worked her havoc all the way up to Richmond. Lovely storm. She arrived the day Uncle Julio's opened in Stoney Point Fashion Park. Now after driving an hour and a half up to DC just to have some scrumptious Tex-Mex cuisine, hubby and I weren't about to let the encroaching tiger, not-overly-hidden hurricane come between us and cheese enchiladas.

Being the Oklahoma natives we were, we loaded up our four  (at the time) chitlins and headed to the 10-minutes-from-home restaurant. Yes, we were the only people there besides the employees. But since we had a server and a chef, we happily placed our order...and listened to the roar of the wind pounding the windows. Pure Bach....with a dash of cilantro.

By morning trees were down all over Richmond-opolis (due to the deluge we'd had that spring and most of summer). Six days of no electicity. It was freakin' AWESOME!!! We learned how to grill a can of biscuits. NOTE TO READERS: Open can, place dough in butter-drenched cast iron skillet and put on grill, and toss can into trash.  I actually could have gone outside to watch the sunrise because we learned to rise and slumber with the sun.  Not that I did. But I could have. What pioneers we were! 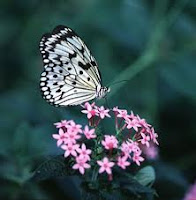 Child #2 who was five that summer even wrote a poem:
When the sky goes bloom
And the clouds go away,
And the people go hunting for seashells.
When the birds start to sing—they sing everyday—
The butterflies go to flowers, and they make the flowers grow.
I think they’re pretty, really, really pretty,
And I love you very much.

Nothing like a storm to bring a family together.

At the end of last month, during Vacation Bible School week, my kids...well, as to not embarrass them, I'll just say they were bad (at home). To each other. To me. To the dog. So I initiated the summer's "no TV/no video games/no computer" policy. They figured it'd last a week. Nope.

I figured they'd learn their lesson and be more loving toward one another. What I didn't figure is what I learned about them. They got along. They played together. They laughed, read, built forts, took the dog on walks, drew comic books, and didn't seem to miss what they were punished from. They cleaned their rooms. Mostly.

Prior to this summer, I would have never said TV added stress to my life. But it does. To my kids' lives too.

I really realize now how television, social networking, texting, etc., can become addictions. Stress inducers. So I challenge you, go a week without TV. Or if you've done that, go a month...say, August before the fall lineups begin. See what things you now have time to do. 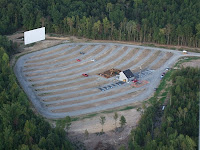 Life is meant to be lived. So live it. Only avoid drive-in theaters when a tornado watch/warning has been sounded. COW!

Ever watched a movie at a drive-in? What's your fondest memory? Oh, we don't care about fondness...tell us your most embarrassing story. We want dirt.

If you've never had a drive-in movie experience, then how do you manage you and your family's TV viewing schedule. Ever had a moment when you said, "Enough, go outside and jump off the roof. Or whatever you do, do it safely outside. For the rest of the day. Don't kill the dog. The cat I don't care so much about."