Bryn Hennessey went against her husband's wishes when she continued to volunteer at a local homeless shelter. So Bryn is consumed with guilt when the shelter burns to the ground with her firefighter husband and four of his comrades inside 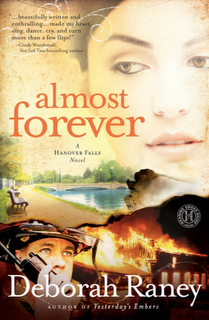 Garrett Edmonds is the husband of Molly, one of the firefighters who died that night. He deals with his own feelings of guilt for not being the man his wife needed him to be, and for not protecting her when she needed him most.

When two homeless dogs bring Bryn and Garrett together, they find comfort in their new friendship. It feels so good to spend time with someone who understands how it feels to lose a spouse. As time goes on, their friendship deepens, and it seems they may be able to say goodbye to sorrow and move on together. But as the mystery of how the shelter fire started begins to unfold, their fragile happiness may be in jeopardy.

Deborah Raney is well-known for spinning tales that go to the core of the human heart. Almost Forever is no exception. Not only does it contain a stirring romance, but it asks a question fundamental to the Christian faith: How does one forgive the unforgivable? We know that God forgives us, even though none of us deserve it. But how often do we forget that when dealing with each other? Raney addresses this issue in a gentle, yet powerful way.

Almost Forever is the first of Raney's new Hanover Falls series. It's a great way to start, and makes me anxious for the next installment. More, please, and soon! 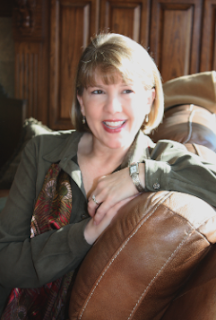 DEBORAH RANEY is at work on her 20th novel. Her books have won the RITA Award, HOLT Medallion, National Readers' Choice Award, Silver Angel, and have twice been Christy Award finalists. Her first novel, A Vow to Cherish, inspired the World Wide Pictures film of the same title. Almost Forever, first in her new Hanover Falls Novels series, released in May from Howard/Simon & Schuster. Deb and her husband, Ken Raney, enjoy small-town life in Kansas. They are new empty nesters with four grown children and two precious grandsons, who all live much too far away.