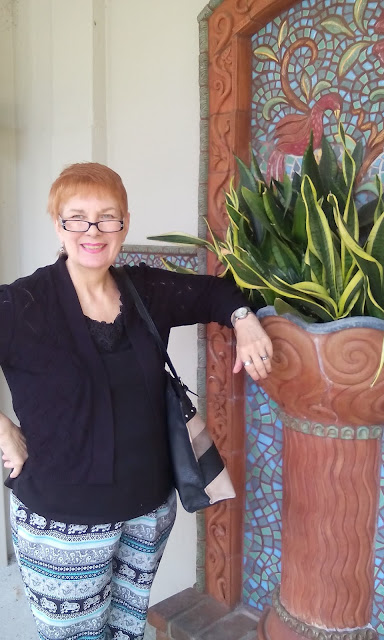 Today I'm welcoming Nike Chillemi back after hosting her years ago when her Sanctuary Point Series grabbed my attention.

Deb: Which writers inspire you?

Nike: When I first started writing J. Mark Bertran was my gold standard in terms of a Christian detective writer, and he has not diminished any in my sight over the years. As a classic mystery writer there's nobody who can beat Nancy Mehl. I've also always been a huge fan of Robert Liparulo's seat of the pants thrillers. Betty Thomason Owen's gorgeously written historical women's fiction has also inspired me with its deep characterization.

Deb: What genre are your books? What draws you to this genre?

Deb: You've changed home base from the cold north to the sunny south. Your first series was historical and set on Long Island and you've transitioned (by way of Texas I believe) to contemporaries in a warm climate.

Nike: I live in Florida now and it's good for me. I like the slower, more easy going pace, and the weather is gorgeous. Yes, I did transfer to contemporary detective stories by way of Texas. However, that was kind of weird. I entered a writing prompt of sorts. I had to place the MC in a strange place and present her/him a challenge. So, I put NYC gal PI Veronica "Ronnie" Ingels in a small town outside of Abilene and had her falsely accused of murder. It started as a mini-story, went to a long story, a novella, then the novel HARMFUL INTENT. And the series was born. The others in the Veronica "Ronnie" Ingels/Dawson Huges trilogy are DEADLY DESIGNS, and BLOOD SPEAKS. COURTING DANGER is the first Katerina "Kat"Andruko/Dimitri Garmonin novel.

Deb: I so enjoyed the extra touches of ethnicity and food! in your first series. It looks like you've got that going on in Courting Danger. What food will I want to eat while reading this one?

Nike: I like to have fun writing. I enjoy tossing colorful characters into my novels. I also like to discover different ethnicities and backgrounds. An ethnicity can help develop a character's backstory and emotional profile. Where did they come from, what did they come through. In COURTING DANGER both Katerina "Kat" Andruko and Dimitri Garmonin are of Slavic background. So, am I. However, Kat is of Ukrainian heritage and spent two years in Ukraine in her teenage years. Dimitri was born in Russia and came to America as a boy. The problem is Ukrainians dislike and distrust Russians. There's food in COURTING DANGER. Kat's sister owns a restaurant.