Jaime Nichols' life might have been different if she had spoken up sooner, or if her mother had listened to her earlier, or if her father had not been deployed for such long periods of time . . . . but those what-ifs are simply a mirage and now is the time for Jaime to find her voice, for she is determined for those who take pleasure in preying upon innocent children to face justice. After months of intense counseling, she is ready to put her law degree to work; she's going to press charges against one of the rising stars in the United States military. 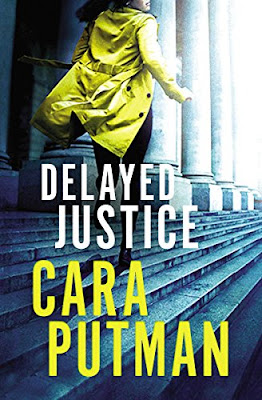 Military veteran Chandler Bolton takes his vocation seriously, helping soldiers who faithfully served their country to re-connect with their families, providing valuable counseling and the necessary resources to re-enter civilian life. His therapy dog Aslan, actually introduces him to another kind of wounded soul, a very beautiful one, with a feisty cat named Simba. Lovely, but guarded; Jaime Nichols is a puzzle that Chandler Bolton decides is worth the time and effort to solve.

With danger lurking around the corner for both of them, Chandler and Jaime work hard to overcome their hurdles, while cautiously celebrating new beginnings and putting the past to rest. The author selected a very poignant topic, navigating around its ragged edges with grace and truth, while allowing her heroine to discover a different kind of "Aslan" for herself, not at all tame but consistently good.


She had long given up the desire to be loved. Now she only needed to be heard.
Jaime Nichols went to law school to find the voice she never had as a child, and her determination to protect girls and women in the path of harm drives her in ways both spoken and unspoken. As Jaime, now a criminal defense attorney, prepares to press charges against someone who wronged her long ago, she must face not only her demons but also the unimaginable forces that protect the powerful man who tore her childhood apart.

Chandler Bolton, a retired veteran, is tasked with helping a young victim who must testify in court—and along with his therapy dog, Aslan, he’s up for the task. When he first meets Jaime, all brains, beauty, and brashness, he can’t help but be intrigued. As Chandler works to break through the wall Jaime has built around herself, the two of them discover that they may have more to offer one another than they ever could have guessed—and that together, they may be able to help this endangered child.

This thrilling installment of the Hidden Justice series explores the healing power of resolution and the weight of words given voice. And as Jaime pursues delayed justice of her own, she unearths eternal truths that will change the course of her life.