Susanne here, with Deb Marvin, Jennifer Uhlarik and Kathleen Y'Barbo. We are honored and delighted to have a 4-in-1 collection, Cameo Courtships, coming soon from Barbour Publishing--four interrelated stories about a special cameo and a special family.

And today, it brings us great pleasure to reveal the cover! 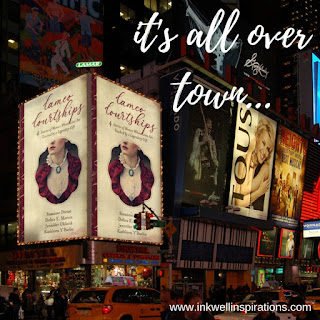 The new style of covers is really something: believe it or not, the front cover features a cut out. Open the cover and you get to see the full picture of the heroine wearing the heirloom cameo! Pretty neat, eh? 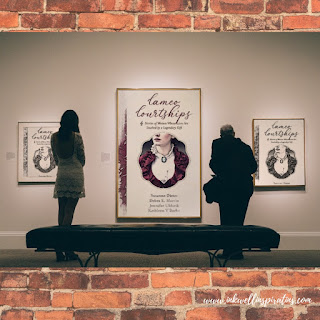 Curious to know more? Read on.

In 1851, a special cameo is gifted by Queen Victoria to Letitia Newton, who though considered an old maid, meets the perfect gentleman minutes after donning it. Told by the Queen the cameo is to be shared, Letitia gifts the "Victoria Cameo" to a woman in her family, hoping adventure and romance will follow each of its subsequent wearers.

LENDING MY HEART by Debra E. Marvin
1895 – Pittsburgh, PA
The arrival of a handsome Scottish administrator ruins Miss Bertie Hart’s dream to oversee the new Carnegie Library children’s department. Yet bristly Mr. Russell Smart’s working-class determination and his love of books make him the perfect partner to better the lives of Pittsburgh’s poor. She might just have to wear the family cameo she’s avoided for the last eleven months!