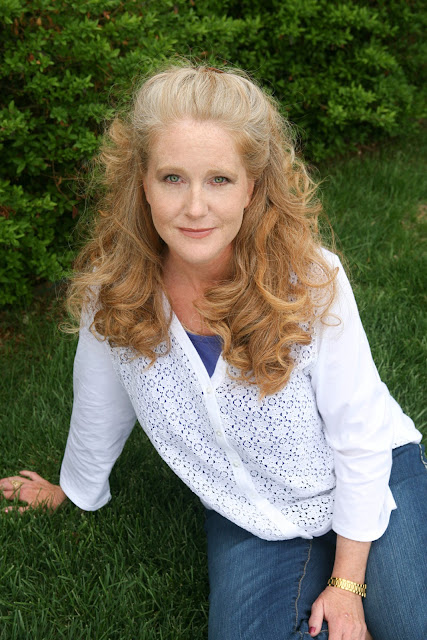 When did you first know you wanted to be a writer?

Jen: Oddly enough, I really didn’t have any plans to become a writer. I majored in fashion in college and worked in that industry for years until I had my one and only son, Dominic. Knowing full well I wouldn’t win any mother-of-the-year awards if I continued traveling, I abandoned my career and settled into being a stay-at-home-mom. It wasn’t until my son was in third grade and we read this awful series together about this ridiculous bird that I began writing, but the first book I wrote was really only for Dominic. Interesting thing happened, though, after I wrote that book – I decided it was rather cool to use my brain again, so I experimented with a lot of different genres, learned everything I could about the publishing industry, and after I wrote seven books (and just to be clear, none of those will ever get published because, wow, I had no idea what I was doing) I finally found an agent, and then she very kindly procured a book contract for me. I’ve been writing ever since.

Paula: Are you funny in your day to day? Were you the class clown?

Jen: I was not the class clown, and in fact, I was somewhat shy back in the day, which I know is shocking, right? As for being funny…hmm…I do have a dry sense of humor and weird things happen to me on an almost daily basis, so I might be somewhat amusing, although that’s not always intentional.

Paula: Did you choose a word for the year (as is popular)?

Jen: Oh, that would be a lot of pressure for me to deal with, so no, I never choose a word for the year.

Paula: What is your favorite genre to read?

Jen: I love historical, but I don’t read that when I’m writing a first draft because it messes my writing up, which means I rarely get to read historical because I always seem to be drafting a new book. That’s why I read a lot of suspense as well as contemporary romance. I’ve learned I can’t read thrillers because my writing tends to turn really dark, and since I write romantic comedies, well, that can certainly be a problem. My editors don’t tend to like it when serial killers show up on my pages.
Paula: Do you choose a Bible verse for each book as a theme?

Jen: I never choose a faith theme before I begin writing. Those just show up as I write, and I’m convinced those are given to me by God, which is why I just go with whatever faith element suddenly shows up on my pages.

Paula: Is one of your characters a favorite? Or is that like asking if you have a favorite child?

Jen: I really love Gertrude Cadwallader from “Out of the Ordinary” as well as Miss Millie Longfellow from “In Good Company.” But, with that said, my very favorite character to date is Miss Poppy Garrison from “Diamond in the Rough” because she’s just out there and she was so easy to write. Most of my characters give me grief at some point, but Poppy was incredibly well-behaved, which puts her at the top of my list of favorites.

Paula: Has a real personal experience crept into one of your books?

There are too many to list – I’ve had unusual animal encounters over the years, and those are definitely written about on the pages of my stories. Many of my characters are also inspired by people I know, but I never tell which of my friends I’m using in a book because that could cause me all sorts of trouble.

Paula: Tell us something unusual you have come across in your research.

I think the most unusual thing I’ve run across is the story of A.T. Stewart, who owned one of the first department stores in NYC. His body was stolen after he died and held for ransom. That ransom was eventually paid by his wife, but all she received in return was a bag of old bones and no one knew if they were Mr. Stewart’s bones or not. The thief was never caught, but because of this horrible incident, Mr. Cornelius Vanderbilt put in his will that his body would be guarded twenty-four hours a day. His family hired guards to watch over the Vanderbilt mausoleum, and they stayed on the job for decades. To assure that these men weren’t sleeping on the job, they were expected to punch a time clock every fifteen minutes. Not a job I would have wanted to take on, especially at night.

Paula: Thank you for joining us today, Jen. Your answers were so much fun! We always like to get to know the authors of our favorite books.

See Paula and Winnie's Reviews for Diamond in the Rough 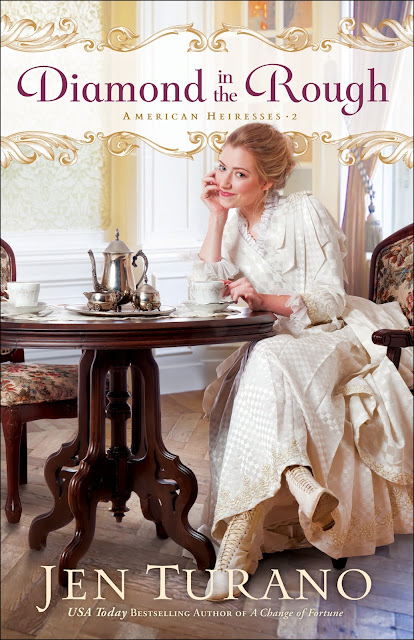 Blurb – Diamond in the Rough  CLICK TO PURCHASE
To save her family from financial ruin, Miss Poppy Garrison accepts an unusual proposition to participate in the New York social season in exchange for her grandmother settling a family loan that has unexpectedly come due. Ill-equipped to handle the intricacies of mingling within the New York Four Hundred, Poppy becomes embroiled in one hilarious fiasco after another, doomed to suffer a grand societal failure instead of being deemed the diamond of the first water her grandmother longs for her to become.

Named One of the Funniest Voices in Inspirational Romance by Booklist, Jen Turano is a USA Today Best-Selling Author, known for penning quirky historical romances set in the Gilded Age. Her books have earned Publisher Weekly and Booklist starred reviews, top picks from Romantic Times, and praise from Library Journal. She’s been a finalist twice for the RT Reviewers’ Choice Awards and had two of her books listed in the top 100 romances of the past decade from Booklist. When she’s not writing, she spends her time outside of Denver, CO. Readers may find her at
www.jenturano.com
AUTHOR FACEBOOK PAGE
TWITTER