BENEATH THE SURFACE and IN TOO DEEP by Lynn H. Blackburn, Reviewed by Paula Shreckhise 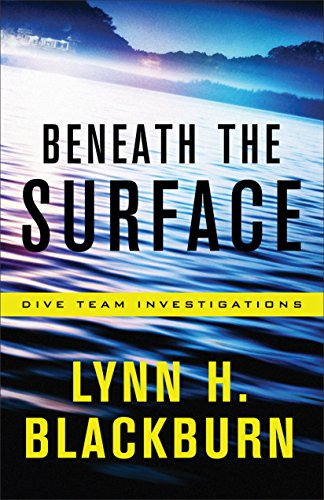 Hooray, I’ve found another awesome group of characters to get to know and another author to put on my favorites list. I am glad I have all the books in this series so I can “dive” right into the next one!

Beneath the Surface refers not only to the body the dive team finds on a training exercise...... it also describes the things going on in the investigation and a romance that is simmering between Ryan Parker, a homicide investigator, and Leigh Weston, a nurse practitioner.

Fast paced, I read this book in just over a day. It was an interesting look into what goes on during identification of bodies and how the team works to uncover clues about a serial killer. Twists and turns galore and nice background information on the team and the community of Carrington, North Carolina.

*I won this book in a contest. I was under no obligation to post a review. All opinions are my own. * 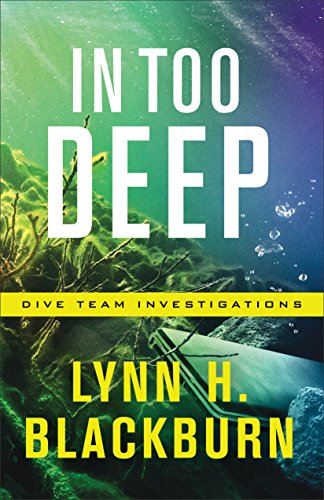 In Too Deep is the second book in the Dive Team Investigations series. I really enjoyed getting to know the members of the team better. This book focuses on Adam and Sabrina.

Adam Campbell is from an influential family in Carrington, N. Carolina. He is an investigator for the

local Police Department. Dr. Sabrina Flemming also comes from money and is an expert in computer forensics. They met on a case several years previous.

This story revolves around a victim in a submerged car. Lisa Palmer tried to see Adam in an official capacity just days ago and now she is dead and it was anything but suicide. Sabrina Flemming is asked to see if she can uncover clues that are in Lisa’s laptop that was found in the car under water. Things get complicated when connections are made and Sabrina’s life is threatened multiple times. Can Adam, Sabrina and the team decipher the information before it’s too late? Are they In Too Deep for their own safety?

I like the camaraderie and teasing of the characters. They have a close relationship with God that shows up in their everyday lives. This suspenseful book took me one day to read. It was interesting and engaging. Christian Romantic Suspense at it’s best. I am looking forward to the last book in this series.
*I purchased this book from Amazon. All opinions are my own.*


JOIN US Saturday September 14th as
Nicole Cook and Paula Shreckhise review
ONE FINAL BREATH, the third book in the series!

BackCover Blurb:
Beneath The Surface:
After a harrowing experience with an obsessed patient, oncology nurse practitioner Leigh Weston needed a change. She thought she'd left her troubles behind when she moved home to Carrington, North Carolina, and took a job in the emergency department of the local hospital. But when someone tampers with her brakes, she fears the past has chased her into the present. She reaches out to her high school friend turned homicide investigator, Ryan Parker, for help.

Ryan finds satisfaction in his career, but his favorite way to use his skills is as a volunteer underwater investigator with the Carrington County Sheriff's Office dive team. When the body of a wealthy businessman is discovered in Lake Porter, the investigation uncovers a possible serial killer--one with a terrifying connection to Leigh Weston and deadly implications for them all.

Dive into the depths of fear with an exciting new voice in romantic suspense. Award-winning author Lynn H. Blackburn grabs readers by the throat and doesn't let go until the final heart-pounding page.


BackCover Blurb:
In Too Deep:
When the dive team is called in to recover a body from a submerged car, they aren't prepared to find an encrypted laptop--or an unsettling connection between investigator Adam Campbell and the dead accountant.

Adam turns to his friend Dr. Sabrina Fleming--a professor at the local university with unparalleled computer security and forensics skills--to recover the files from the laptop. But the deeper they dig, the deadlier the investigation becomes. When evidence uncovers a human trafficking ring and implicates members of Adam's own family, he and Sabrina will have to risk everything to solve the case.

The truth could set hundreds free--but someone is willing to do whatever it takes to silence anyone who threatens to reveal their secrets. Award-winning author Lynn H. Blackburn invites readers back to Carrington, North Carolina, where everything is not as it seems and sinister elements lurk behind the idyllic façade.