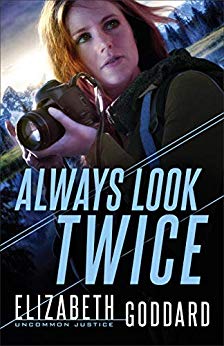 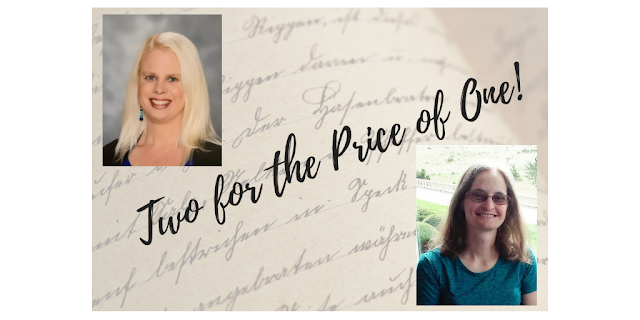 NICOLE'S REVIEW
Always Look Twice, the second installment in author Elizabeth Goddard’s Uncommon Justice series, is an action-packed romantic suspense novel filled with unpredictable plot twists and well-written characters. Even though it is the second book in the series, Always Look Twice can easily be read as a stand-alone novel.

While photographing nature scenes in Bridger-Teton National Forest in Wyoming, Harper Reynolds unexpectedly captures a murder on camera. She finds herself the killer’s next target while false accusations threaten to derail the investigation. Her childhood friend, deputy Heath McKade, is assigned to protect her, as they frantically search for the killer before he strikes again.

All the clues dropped throughout the novel came together for a satisfying ending. I was able to determine the culprit fairly quickly after the character was introduced, although I began to doubt myself several times as the storyline progressed and various clues seemed to point to another character. I was still shocked at the plot twist toward the end of the novel. That’s what I love about Elizabeth Goddard’s writing…even when I think I have everything figured out, she still manages to surprise me with her unexpected plot twists.

Readers will enjoy the return to the Emerald M Guest Ranch and the opportunity to meet Heath and Austin’s brother Liam McKade, who will have his story told in book 3 of the Uncommon Justice series.
*I received a complimentary copy of this book from Revell and was not required to write a positive review. All opinions expressed are mine.

TRIXI'S REVIEW:
“You're a survivor Harper. That's nothing to feel guilty about.” Heath's words drifted back to her. He was right. She should stop feeling guilty and do something this time about the murder she witnessed.

Crippled by a fearful past that lead to her become a crime scene photographer, Harper Reynolds takes the advice of her therapist and travels with her sister to Bridger-Teton National Forest to photograph peaceful nature scenes. As the book description says, she inadvertently captures a murder taking place right in front of her. Running for her life and losing her camera, how can she prove to skeptical sheriff's department that she did indeed witness a crime? With the help of former childhood friend, Heath McKade as a reserve deputy, they set out to prove her right and devise to capture the real killer in his own trap.

A definite page turner for me! But then again, any story written by Elizabeth Goddard is one I know I won't be able to easily put down. Plenty of heart-pounding action and fast paced scenes in Always Look Twice! She certainly knows how to balance suspense and romance, culminating in a story that both keeps your interest, and keeps you guessing. I think the ending was my favorite out of the whole book, a surprising plot twist that I had no idea was coming! I also enjoyed meeting Liam, the elusive missing brother from book one. He's been a bit of a mystery character, and I certainly can't wait to read his story next! Both Heath and Harper have a common childhood tragedy that bonded them together and sealed their friendship years ago. Strong feelings are still alive, but much more mature as they fight the attraction sizzling under the surface. And until they can catch the killer after both Harper and her sister Emily, they don't have the freedom to explore those feelings. I enjoyed watching it play out in front of me and I loved all the twists and turns that kept me off balance until the highly explosive ending! Always Look Twice was the whole package deal for me, suspense to keep me on my toes, romance to warm my heart, faith to keep me grounded, and strong family ties to get through anything. Another definite winner in my book....pun intended!

QUOTE: That mountain is so big (Grand Teton), and as a kid anyway, it made me think of God. And I used to think that if I was that mountain, nothing could move me or scare me. Nothing could hurt me. Now I think I'm finally getting it. God is like that mountain for us and we can hold on to Him. ~Harper to Heath.
*I received a complimentary copy from Revell and Netgalley and was not obligated to leave a favorable review. All opinions are my own. *

Back Cover Blurb:
Justice lies just on the other side of fear.

At the advice of her therapist, Harper Reynolds has traded her job as a crime scene photographer for a more peaceful life taking photographs of the natural world. But her hopes for a life surrounded by the serenity of the outdoors are dashed when she inadvertently captures a murder being committed. She flees the scene in fear--and loses the camera.

Former Green Beret Heath McKade, a reserve deputy in an understaffed county, has been called in to protect Harper, a childhood friend he is surprised to see back in the area. When Harper learns that the sheriff's department can't find any evidence of the murder she witnessed, she is determined to do what she can to see that justice is done. What neither Harper nor Heath could know is how many explosive secrets from the past will be exposed--or how deeply they will fall for each other. 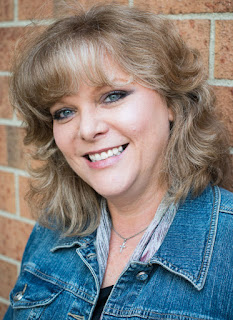 Author Bio:
Elizabeth Goddard is the bestselling, award-winning author of forty novels and counting, including the romantic mystery, THE CAMERA NEVER LIES – a 2011 Carol Award winner. Four of her six Mountain Cove books have been contest finalists. Buried, Backfire and Deception are finalists in the Daphne Du Maurier Award for Excellence in Mystery and Suspense, and Submerged is a Carol Award finalist. A 7th generation Texan, Elizabeth graduated from North Texas State University with a Bachelor of Science in Computer Science and worked in high-level software sales for several years before retiring to fulfill her dreams of writing full-time.