THE WORDS BETWEEN US by Erin Bartels. Reviewed by Rebecca Maney and Trixi Oberembt 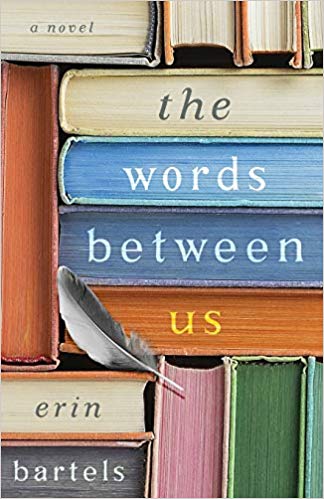 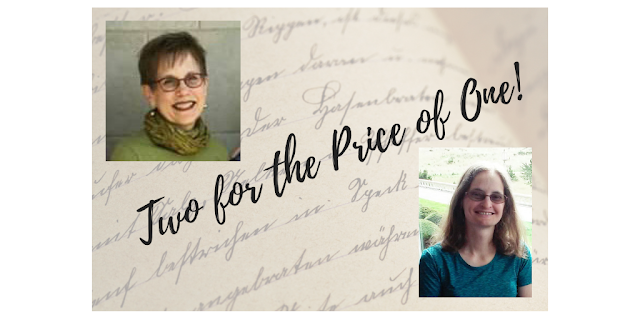 Who would believe that it could have begun with such a simple exchange of words; words that would flow between them as poetic payments for stories that lived and breathed, in contrast to those that "struggled for breath, forgotten on shelves and in basements". Robin Windsor's words; written by a soul hiding behind a world of hurt and misunderstanding, after her parents became infamous for doing the wrong thing, without leaving behind anything that was right.

After living under an assumed name, with a grandmother she had never met, Robin's freshman friendship with a senior named Peter cracks open a door of opportunity; first for trust and then for love. That all changes, and years later Robin's adult self still begs for the truth. Maybe there is hope after all, when the poems she wrote at fifteen begin showing up in her bookstore; book by book, as her past creeps comfortably close to her future.

In spite of its weighty, melancholy tenor through-out much of the "then" and "now", this author has written a beautiful expose on "calling out" when the waves roll and our feet begin to sink; "you of little faith".

*I received a copy of this book from Baker Publishing through Interviews and Reviews. The opinions stated are entirely my own.

TRIXI'S REVIEW:
First off, this was the kind of book that drew me in right away and kept me invested in the pages. Erin Bartels is a new-to-me author, so for her to completely immerse me in her world was amazing! Being an avid reader, the idea of this taking place in a bookstore and the passion her main character Robin has for books is something I can totally relate to. They are more than words on a page to me, they have life, and meaning and breathe that little something into my very being. It’s almost as if they grab me by the hand and make me live an adventure I would have never have had if I didn’t pick them up.

Her characters felt real with the kind of problems and past baggage that we might have in our own lives. With those kind of older childhood/young adult regrets that we have to face and deal with at one point or another. Robin also faces the reality that her father is in prison for committing heinous crimes with the possibility of execution and her mother in prison for being an accessory. Sent to live with her grandma who she never knew, I can understand why she would want to run away from her problems when they threaten to overwhelm her. She finds solace and contentment in her books and running her store. The only character that I really didn’t like was Sarah, her high school classmate. It seems like she took the tragedy that happened when she was a teen and used it as an excuse to live a very destructive lifestyle.

This is the part of my review I don’t like to write because I found some flaws that bothered me. Being published by Revell, I’ve never had to question what kind of book I’m reading. I know they will always be Christian fiction books containing a faith thread, which is a vital element to me as a Christian reader. I did not find it in here! That is a huge turn-off to me, especially when I am purposely looking for it. The only redeeming character in here was Dawt Pi, Robin’s employee and friend. There were a few things that pointed to the fact that she was a Christian, especially where she told Robin that she was praying for her and emphasized God loves her. But I feel like her influence on Robin was so insignificant and played such a minor role. The writer had a wonderful opportunity to develop Dawt Pi to be that Christian to shine the light of Christ in Robin’s life. So I was left feeling very let down and very disappointed in the lack of faith. Also, I felt Robin never really did deal with her past in a satisfactory manner. She ran and hid rather than face things head on. A person can’t realistically move on in life without dealing with the hard stuff of the past. Lastly, there was no real feeling of redemption, resolution, or forgiveness for me in this book. It left me with too many questions and not enough answers and I really hated the ending. I was left hanging and asking myself what I just read.

So while the writing was fantastic and I can agree with other reviews on this and other points, I have to take away a higher rating due to the lack of faith and no real resolution at the end of the book. I like to have hope, and when it didn’t come about, I was left disappointed. This is my personal taste and I won’t apologize for feeling that way. In conclusion, if you are looking for a book to completely immerse you with evocative prose; this is one that will do it! Just don’t expect faith to play a major role in it.

*This book was provided by Baker Publishing Group through Interviews and Reviews for my honest opinion. I was not obligated to leave a favorable review. *

BackCover Blurb:
Robin Windsor has spent most of her life under an assumed name, running from her family's ignominious past. She thought she'd finally found sanctuary in her rather unremarkable used bookstore just up the street from the marina in River City, Michigan. But the store is struggling and the past is hot on her heels.

When she receives an eerily familiar book in the mail on the morning of her father's scheduled execution, Robin is thrown back to the long-lost summer she met Peter Flynt, the perfect boy who ruined everything. That book--a first edition Catcher in the Rye--is soon followed by the other books she shared with Peter nearly twenty years ago, with one arriving in the mail each day. But why would Peter be making contact after all these years? And why does she have a sinking feeling that she's about to be exposed all over again?

With evocative prose that recalls the classic novels we love, Erin Bartels pens a story that shows that words--the ones we say, the ones we read, and the ones we write--have more power than we imagine.