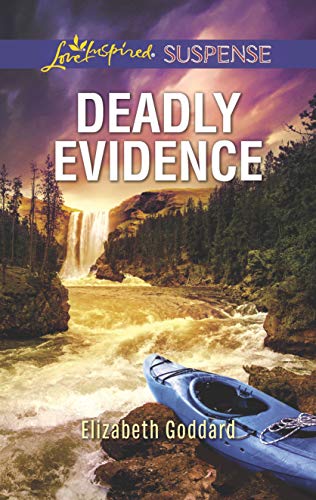 One minute Tori is calmly kayaking down Wind River in Mount Shasta California enjoying the scenery and the next minute she's being shot at, and forced to go tumbling over the waterfall to escape. Now how's that for an opening scene?

Tough-as-nails FBI agent Tori Peterson isn’t afraid of anything, even when she’s faced with being a killer’s target. She’ll go galloping into danger faster than a speeding bullet with guns blazing! Except for when it comes to falling in love with ex-boyfriend Ryan Bradley again. She’d rather go down fighting the still-there attraction than surrender her heart. But if she wants to help solve her sister’s murder, she must find a way to work with the lead detective while keeping her feelings buried. Ryan, the ever protective one, has to contend with her prickly nature while taking lead of the multiple murder investigation. Still reeling from Tori leaving town—and him—to pursue a career in the FBI, is his heart too bruised to heal from the still-tender feelings?

This was action packed, adrenaline laced, with plenty of nail biting scenes. The high tension between these two shot enough sparks to light a bonfire! Goddard knows how to keep you on your toes with the suspense and romance perfectly balanced. You never know what’s coming next in this one! Prepare yourself for a wild ride all the way to the end in “Deadly Evidence”!
*I received a complimentary copy from the author and was under no obligation to leave a favorable review. All opinions are my own.*

BackCover Blurb:
A dangerous reunion they may not survive

In this Mount Shasta Secrets novel

FBI agent Tori Peterson intends to find her sister’s murderer, even if someone’s willing to kill her to keep the truth hidden. But that means returning home and working with the lead detective—her ex-boyfriend, Ryan Bradley. Though sparks still fly between them, Tori and Ryan must stay focused on catching a killer…before they are silenced for good.
Available in digital ebook and two sizes of paperback:
Buy Deadly Evidence at Amazon
Buy Deadly Evidence at Christianbook.com
Posted by Debra E. Marvin at September 15, 2019