THE KILLING TIDE by Dani Pettrey, Reviewed by Winnie Thomas 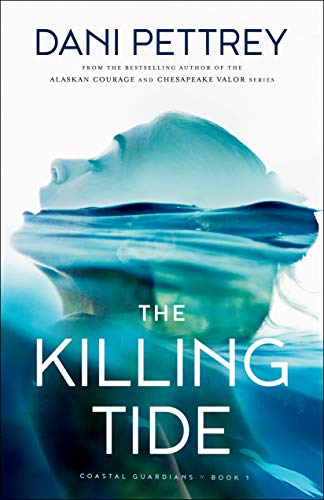 With action and suspense starting on the first page and continuing to the end, The Killing Tide will likely satisfy those readers who enjoy Christian mystery and suspense books. The beautiful cover set the stage for the story, and multiple twists and turns kept me turning the pages and guessing. Dani Pettrey is a master at creating colorful and layered characters that come alive on the page. Although I really liked Finn Walker, I had a hard time warming up to Gabby Rowley. While she is independent and plucky, she was also quite irritating when she kept putting herself and others in danger by disregarding those who were trying to protect her. I was a bit confused by the sheer number of characters introduced in the book, but since it’s the first in the Coastal Guardians series, I’m sure we’ll be learning more about many of them.

One thing that bothered me is that the book showed Gabby being present during discussion of investigation progress by Coast Guard members while they were trying to solve crimes. I highly doubt that civilians would be included in actual crime investigation discussions, especially if they were a reporter as Abby was. All in all, I enjoyed the story and I’m looking forward to learning more about the other characters in the series. Pettrey is a talented writer and knows how to keep the suspense going.

*I voluntarily reviewed a complimentary copy from Bethany House/ NetGalley. All opinions are my own.

BackCover Blurb:
When one Coast Guard officer is found dead and another goes missing, Coast Guard Investigative Service special agent Finn Walker faces his most dangerous crime yet. His only clues are what little evidence remains aboard the dead officer's boat, and the direction the clues point to will test Finn and the Guard to their limits.