ECHOES AMONG THE STONES by Jaime Jo Wright, Reviews by Trixi, Paula and Nicole 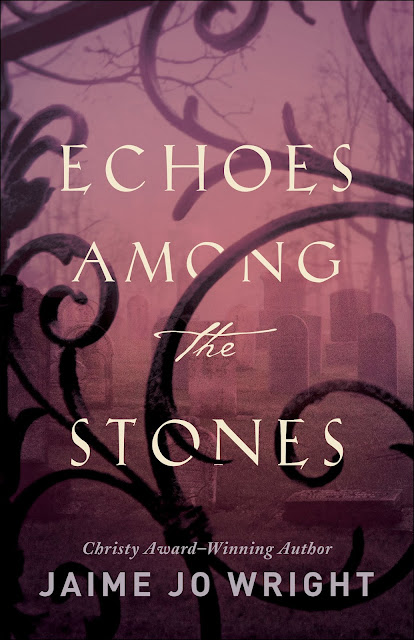 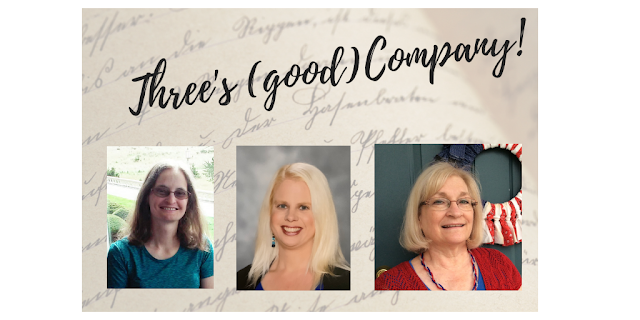 TRIXI'S REVIEW:
“Regardless of where faith may take us and what the good Lord has in store, we’ll never stop hearing their voices. The voices of the ones we’ve loved before. Their voices will always echo, here, among the stones, and in our hearts. It is how it was meant to be.”

Jaime Jo Wright has the right stuff when it comes to writing dual timeline stories! Unlike her novels before this one, we know what event took place. She pieces the past with the present in a way that captures the reader and forcing them to follow along a trail of solving a 72 year old cold case and tugging at hearts with a depth that surprises me every time. I know I lost track of time in the real world because I NEEDED to keep reading. It was like unfolding delicate rose petals only to discover there was so much more under the beautiful surface! It’s hard to write a review without giving too much away; I want the reader to discover all the good stuff for themselves.

This one is just as completely captivating as the first three books! The ending was shocking as she reveals the culprit, I had no clue and I was asking myself if what I read was really what I read! I love every twist, every turn and every chilling layer she revealed. I quickly became part of the Aggie, Mumsie, Collin, Ollie, Sam, and Ida’s lives. Really there’s nothing I don’t like about this book and I think the reader is in for a real treat with “Echoes Among the Stones”! I highly recommend this to readers who like trying to solve cold cases, love suspense, and want the kind of depth in a story that keeps you turning pages well into the night!
*I received a complimentary copy from Bethany House on behalf of the author and was under no obligation to leave a favorable review. All opinions are my own. *

PAULA'S REVIEW:
If Jaime Jo Wright were a FiveStar restaurant, her books would be an epicurean delight. Not only are they sumptuously written but they satisfy and feed our souls.

Ms. Wright understands human nature and she uses it to tell a remarkable tale full of mystery that haunts her characters.

Death and mourning are not easy topics to write about. In Echoes Among The Stones, Ms. Wright takes us through the characters’ grief and there is resolve and hope on the other side.

This is a dual-time story, so we get to peek into the modern world of Aggie Dunkirk, her Mumsie and Collin O’Shaughnessy, an archeologist who is “Mr. Darcy mashed with Doctor Who.” We see how these lives are connected to post World War II Mill Creek, Wisconsin. There we meet Imogene Grayson and her family in the aftermath of her sister Hazel’s murder. Grief is what connects Imogene and Aggie, for Aggie has lost her mother to cancer.

“You can’t come back from sorrow, “ Aggie whispered. “ It locks you in a prison and leaves you there.” Her voice caught as the agonizing pain she’d shoved deep inside made its way into her chest, constricting it with every pent-up sob she hadn’t cried. “I know Someone who holds the prison key.” Words said by Collin and meant to be comforting.

The mystery jumps across the decades to impact many lives. But some truths are universal. “Death didn’t give a person a choice. It just came and stole. Death was a thief.”

Collin is again the voice of wisdom and faith. “All I can say right now is that we sell God short when we look at the pain. Instead, we should focus on what He’s provided us to help us heal.”

But not all is somber contemplation or deep truths. Along the way, Ms Wright provides some light moments with The Three Stooges, church ladies who visit Mumsie, and Aggie evaluates herself as “a burnt marshmallow that once had been sweet but had come too close to the fire and was left crispy and unwanted.”

Ms. Wright manages to come up with new stories to tempt us and this one is the icing on the cake.
*I received a complimentary copy of this book from Bethany House on behalf of the author. I was not required to give a favorable review. All opinions are my own.*

NICOLE'S REVIEW
With her trademark ability for weaving fascinatingly creepy tales of healing and forgiveness, award-winning author Jaime Jo Wright brings out the "creep factor" with skeletons, cemeteries, dead bodies, and a very unique dollhouse in her latest dual timeline novel, Echoes Among the Stones. The slower pace to the beginning of the story allows readers to start piecing together the various clues through many twists and turns, which leads to a surprising conclusion.

When she arrives in town to visit her grandmother, Aggie’s unexpected new job as a cemetery secretary brings up buried secrets. As Aggie searches for answers in present day, the readers find out clues as Imogene's 1946 storyline follows the mystery behind the death of young Hazel Grayson, and suddenly the past collides with the present.

Jaime Jo Wright emphasizes hope, healing, and forgiveness through God’s incredible grace throughout the novel. For readers who have been hesitant to read Jaime Jo Wright’s books in the past due to their “creepy” nature, Echoes Among the Stones would be the perfect book of hers to start with since it does not have quite as dark of a tone as her previous books. Echoes Among the Stones is highly recommended for readers who enjoy dual timeline stories filled with suspense and the perfect amount of creepiness.
*I received a complimentary copy of this book from Bethany House and was not required to write a positive review. All opinions expressed are mine.

SEE NICOLE'S GIVEAWAY of Echoes Among the Stones AND The Curse of Misty Wayfair!
Back Cover Blurb:
After Aggie Dunkirk's career is unceremoniously ended by her own mistakes, she finds herself traveling to Wisconsin, where her grandmother, Mumsie, lives alone in her vintage, though very outdated, home. Aggie didn't plan for how eccentric Mumsie has become, obsessing over an old, unsolved crime scene--even going so far as to re-create it in a dollhouse.

Mystery seems to follow Aggie when she finds work as a secretary helping to restore the flooded historical part of the town's cemetery. Forced to work with a puzzling yet attractive archaeologist, she exhumes the past's secrets and unwittingly uncovers a crime that some will go to any length to keep hidden--even if that means silencing Aggie.

In 1946, Imogene Grayson works in a beauty salon but has her sights set on Hollywood. But coming home to discover her younger sister's body in the attic changes everything. Unfamiliar with the burgeoning world of forensic science and, as a woman, not particularly welcomed into the investigation, Imogene is nonetheless determined to stay involved. As her sister's case grows cold, Imogene vows to find justice . . . no matter the cost.

Author Bio:
Jaime Jo Wright (www.jaimewrightbooks.com) is winner of the Christy, Daphne du Maurier, and INSPY Awards and is a Carol Award finalist. She's also the Publishers Weekly and ECPA bestselling author of three novellas. Jaime works as a human resources director in Wisconsin, where she lives with her husband and two children. 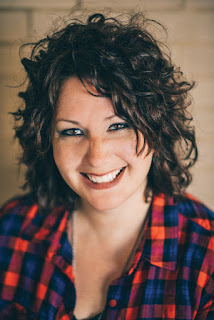