THE REBEL BRIDE by Shannon McNear, Reviewed by Paula Shreckhise and Winnie Thomas 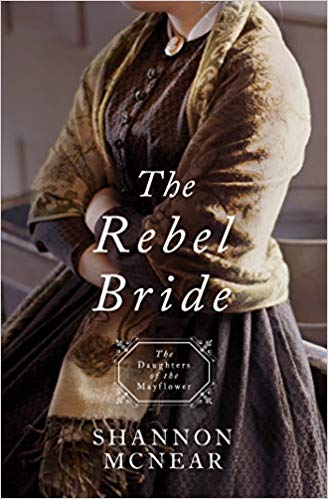 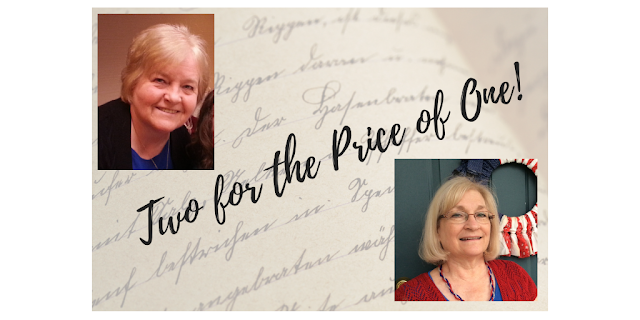 PAULA'S REVIEW:
The Rebel Bride by Shannon McNear is the 10th book in the Daughters of the Mayflower series from Barbour. It is an outstanding story of conflict and faith.

Years ago, my husband and I visited the battlefields at Lookout Mountain and Chickamauga . It was a memorable experience. I was thrilled to find that this story took place in the aftermath of Chickamauga.

It is a powerful rendition of the realities of war and the personal struggles of soldiers and civilians alike in dealing with the wounded after battle.

Pearl MacFarlane has lost three brothers to battles in the Civil War. Yet she, her father and youngest brother are tasked with opening their humble home to enemy wounded. She does her best, with meager resources, to tend the fallen before they are shipped off to prison. Northerner Joshua Wheeler has lost a hand in the fighting and Pearl nurses him through fever and festering.

Pearl is admonished by her father and the Bible to tend to the soldiers : “ If thine enemy hunger, feed him; if he thirst, give him drink: for in doing, thou shalt heap coals of fire on his head”

Through discussions, Pearl and Josh delve into the motives of each side of the controversy which caused this great war.
The flavor of the time period comes through in the cadence of the Southern speech and the politeness and common courtesy even in times of adversity. But also brought to reality are the brutality of war and the cruelty and sinfulness that plague man.

In the forward, the author has stated that she was uncomfortable writing about the Civil War because she lives in the South. Previous time periods were more familiar and less controversial. She has done a stellar job of capturing this era and the thoughts and actions of her characters are believable and thought provoking. She brings to life the inner turmoil of those questioning the reasons behind this awful war. Pearl asks her father: “Who is the wicked in this terrible war?” He responds: “There is none righteous, no, not one. If we have not the comfort of knowing our Savior and doing our best each day to serve and follow Him, what do we have? Are not all equally lost, whether North or South, white or black, without knowledge of Him? We must seek to know God and Him only.”

The authors notes shed more light on her research of this exceptional story. I give this book 5stars.
*I received a complimentary copy of this book from the publisher. I was not required to give a favorable review. All opinions are my own.*

WINNIE'S REVIEW:
I’ve been enjoying the Daughters of the Mayflower series. Each story is its own little slice of history, and it’s been so enlightening to learn about the different time periods in the history of the United States. I’m so impressed with the rich historical detail in these books, and Shannon McNear’s The Rebel Bride is no exception. Her research notes at the end of the book were fascinating, and I appreciate the time she took to include those. Her impeccable research added such authenticity to her story.

The setting in Tennessee during the Civil War intrigued me, especially since it showcased a southern family that wasn’t wealthy and didn’t own slaves. The characters were well-drawn and realistic, and the relationship between Josh and Pearl developed believably. It’s hard to read about the hardships both sides endured in the war and the lives that were lost, destroyed, and forever altered because of it. McNear treats the subject fairly and impartially, so the reader can see both sides, even though it’s told mostly from a southern character’s view.

Poignant and heart-wrenching, this story is a wonderful addition to the Daughters of the Mayflower series. I’m looking forward to more books in this series.
*I voluntarily reviewed a complimentary copy from Barbour Publishing/NetGalley. All opinions are my own.

Can Love Form Amidst Tensions of War?
During the clash between Union and Confederacy, quiet Tennessean Pearl MacFarlane is compelled to nurse both Rebel and Yankee wounded who seek refuge at her family’s farm. She is determined to remain unmoved by the Yankee cause—until she faces the silent struggle of Union soldier Joshua Wheeler, a recent amputee. The MacFarlane family fits no stereotype Joshua believed in; still he is desperate to regain his footing—as a soldier, as a man, as a Christian—in the aftermath of his debilitating injury. He will use his time behind enemy lines to gather useful intelligence for the Union—if the courageous Rebel woman will stay out of the line of danger.

Join the adventure as the Daughters of the Mayflower series continues with The Rebel Bride by Shannon McNear.