THE REBEL BRIDE by Shannon McNear, Reviewed by Rebecca Maney, #INTERVIEW with the Author, by Paula and Deb 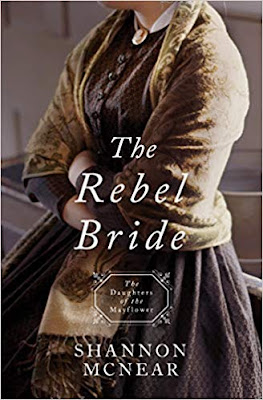 Paula asks: Shannon, do you think you will write another book set during the Civil War?

Shannon: I don’t have any plans for doing so right now, but that could change! I’m definitely more open to it than I was. 😊

Paula: As a military wife, have you ever researched other American Wars other than the Revolutionary War or the Civil War?

Shannon: A little bit on the French and Indian war, and some on the various conflicts involving native peoples. Some on WWII. Most recently, because of my newest novella, I’ve been focusing on WWI, which was an almost complete unknown to me and very eye-opening. 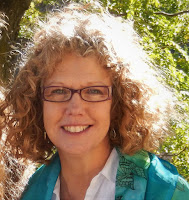 Deb asks: Did you have an hesitation to write in this time period, based on the emotional weight involved?

Shannon: Oh, yes. In fact, I wrote about that very thing in the preface and historical note. It was daunting to tackle, especially after recent flare ups of racial tension in our country. A couple of reviewers commented that they thought my reader’s note was too apologetic, but I think living in the South made me more sensitive to the nuances of this issue than I might otherwise be.


THANK YOU SO MUCH, SHANNON!

REBECCA'S REVIEW:
"Seems all we can do sometimes is just keep choosing the right thing to do, right in front of us, and trust He'll bring good of it."

Sometimes the strength of a story is in its perspective, especially when the subject matter is as tremulous as that of the Civil War. Caught between the battlelines along the Chickamauga River bordering Tennessee and Georgia, Pearl MacFarlane's home is conscripted as temporary housing for Federal prisoners whose injuries appear dire. One of those entrusted into her care is Sergeant Josh Wheeler, whose amputation and ensuing infection will result in his death if not properly treated. Spending time with the handsome Yankee, Pearl's heart begins to beat with words better left unsaid, and questions better left unanswered. It could never work between them.

What lovely treatment of a jagged piece of American history. References to actual people, places, and events are carefully tucked into a story whose characters come alive on the page, impressing upon their readers' hearts a remarkable amount of believability.

"If thine enemy hunger - feed him; if he thirst, give him drink."

* I purchased The Rebel Bride and was under no obligation to provide a review.


BackCover Blurb:
Can Love Form Amidst Tensions of War?During the clash between Union and Confederacy, quiet Tennessean Pearl MacFarlane is compelled to nurse both Rebel and Yankee wounded who seek refuge at her family’s farm. She is determined to remain unmoved by the Yankee cause—until she faces the silent struggle of Union soldier Joshua Wheeler, a recent amputee. The MacFarlane family fits no stereotype Joshua believed in; still he is desperate to regain his footing—as a soldier, as a man, as a Christian—in the aftermath of his debilitating injury. He will use his time behind enemy lines to gather useful intelligence for the Union—if the courageous Rebel woman will stay out of the line of danger.

Join the adventure as the Daughters of the Mayflower series continues with The Rebel Bride by Shannon McNear.