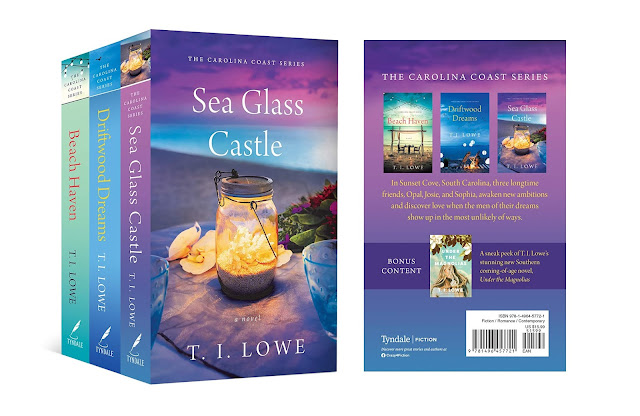 "I LOVED this series. Loved it."

(Available in boxed set or individually) 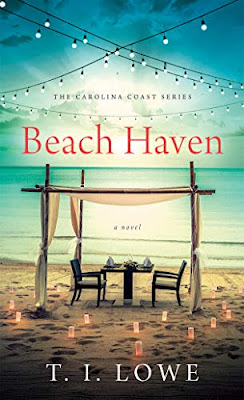 BEACH HAVEN
"I am going to give you another shell before you go home today. . . . . . Slowly but surely, Lincoln Cole, God is going to answer a lot more prayers on your behalf. . . . I can't wait to witness what you do with them."

When an extra tall wounded ex-Marine meets a darling pixie sized coast dweller, it makes sense that a lot of growling and groveling invade their conversations. Opal Gilbert is a sweet, tender spirit hiding behind a flitting, fairy like persona, while Lincoln Cole is exactly what he appears to be; irritable and impolite with the hidden heart of a teddy bear . . . . . except that after a few special sea shells are exchanged and a whole lot of prayers are offered up to the gates of heaven . . . . this unlikely duo is one that only God could assemble. . . . because after all, God is continually in the restoration business. Bless this mess, indeed!

I can't begin to convey how much I loved this story!
BackCover Blurb:
Free-spirited Opal Gilbert seems to have everything she needs to keep living a happy life in Sunset Cove as she refurbishes vintage furniture to sell at her funky ocean-side boutique, Bless This Mess. Until Lincoln Cole, a new-to-town ex-Marine nursing deep wounds and harboring hurts he can’t seem to shake, wanders into her shop. Opal knows a person in need when she sees one and offers Lincoln a job in her workshop. But the brooding former soldier has no interest in Opal’s offer. Thanks but no thanks.

But then a hurricane strikes, damaging Bless This Mess. Feeling guilty for how he treated Opal, Lincoln decides to help her repair the store. And soon it becomes clear Opal wants to restore not only her business, but also help Lincoln find restoration. As much as Lincoln tries to keep her at arm’s length, Opal’s well-meaning meddling begins to heal his wounds . . . and capture his heart almost before he realizes it. 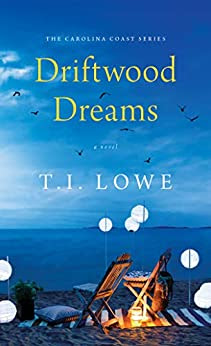 "When a man loves a woman" . . . . the words to that classic pop ballad ran continually through my mind the entire time that I was reading this book. August Bradford's pursuit of the gorgeous, shy, fearful, talented, and terribly fragile Josie Slater is a masterpiece of wooing . . . . teasing, touching, tugging . . someone else's heart closer than they ever imagined it could be. Using multiple brushstrokes; words, colors, paints, and canvases, August draws Josie into a step-by-step journey towards a life that "is too short to live without you".

One of the most romantic books that I have ever read.
BackCover Blurb:
Josie Slater has allowed the circumstances anchoring her in Sunset Cove to become a life sentence. Since her mother’s death years before, she’s spent most of her waking hours helping her dad run the Driftwood Diner. As her best friends, Opal and Sophia, make their dreams come true, Josie watches her own art school aspirations drift on by. But when a French-speaking Southern gentleman from her past moves back from Europe, Josie is launched into a tizzy of what-ifs and I-sure-do-hope-sos.

August Bradford left Sunset Cove six years ago to sow some life oats and conquer his ambitious career goals. Finally ready to lay down some roots, the successful artist is back in town and determined to win Josie’s heart. When he enlists Josie’s help in the preparations for a children’s art camp, Josie finds herself unleashing her artistic side in a way she hasn’t since before her mother’s death. August hopes to convince Josie to paint a life with him, but the problem is convincing her to let go of her apprehensions and give him—and her dreams—a fair chance. 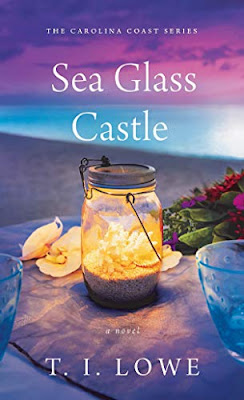 SEA GLASS CASTLE
"The shadowy defeated version was something he just couldn't handle, but that tiny woman all riled up and feisty was a different story."

Sophia Prescott is a force to be reckoned with, especially when she bursts into Dr. Weston Sawyer's pediatric practice demanding his attention for her son. But after a heated exchange about what turns out to be a non-emergency, she huffs and puffs like she wants blow his house down . . . . and then leaves. And that . . . was that. So when she basically comes back begging for a job as his office manager, Wes has every intention of turning her down, and rightfully so . .. right?

Enjoy the sparky exchanges between a thoroughly defeated divorcee and a withered down widower as they progress from being tossed about like broken glass in the sea to landing beside each other on the beach as new creations, "pressed down on every side by troubles, but . . . not crushed". And that beside-each-other-thing ends up working just fine.
BackCover Blurb:
Sophia Prescott is still mending from the embarrassment of a highly publicized divorce from a pro football player, and the now-single mother is back in Sunset Cove, surrounded by the supporting love of her family and the Sand Queens. Sophia doesn’t think there’s any hope for starting over until an unexpected trip to the pediatrician’s office gives her a second chance after all.

Dr. Weston Sawyer knows all about lives shattering into millions of pieces. His own all but ended when a truck driver fell asleep at the wheel and barreled head-on into his pregnant wife’s sedan, killing her instantly and leaving Wes with a soul so wounded that it has refused to heal. He packed up and left swampy southern Alabama for South Carolina with the hope of fading into the sleepy coastal town of Sunset Cove. Instead, feisty brunette Sophia Prescott will have him braving something different and entirely unexpected. If Sophia and Wes can take the leap to give love another try, they just might find that hope has a way of coming back around and weaving into one’s heart.

Driftwood Dreams―After a tragedy, Josie Slater’s let her dreams drift by. Then a friend from her past returns, hoping Josie will give him―and her dreams―a fair chance.