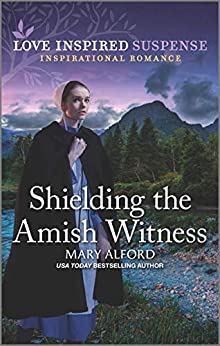 Seeking refuge in Amish country puts everyone she loves in danger.

On the run after discovering her brother-in-law was behind her husband’s murder, Faith Cooper can think of only one safe place—her Amish grandmother’s home. But when danger follows Faith to the quiet Amish community, her childhood friend Eli Shetler is her only protection. And their survival depends on outlasting a relentless killer…one who has nothing left to lose. 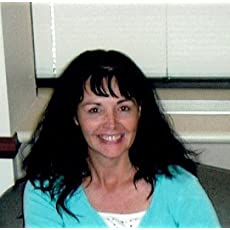 Inkwell: Thanks for visiting with us! What do you most enjoy about writing Amish Fiction? What can be the biggest challenge?

Mary: I fell in love with the simple way of life presented in Amish fiction as a reader many years ago. As an author, I love taking readers back to a less complicated time. Though I enjoy many things in our modern world, there are moments when I like to think about returning to a period when the world was smaller and less complex.

The Amish focus on their faith and family above the things of this world. They take care of their elders; their ability to forgive things that would be impossible for a lot of us is inspiring.

But writing Amish can be challenging as well. The last thing I want is to write something that would show the Amish in a bad light or go against their beliefs. Research is key. Thankfully, there is a wealth of information available through the internet and I have a contact near the West Kootenai Amish community who helps me with fine-tuning details about this community in Montana.

Inkwell: What do you like to do to relax?

Mary: I love to read. Getting lost in a good book is the best form of relaxation for me. I read just about anything I can get my hands on. From Amish to anything suspenseful. When I’m not writing or reading, I play at gardening. I say this because I really have a black thumb, but there is something cathartic about digging in the soil. Even if I am not able to produce much, it’s good for the soul

Excerpt From Shielding The Amish Witness:

She’d put thousands of miles between herself and what happened, but she

hadn’t been able to erase the horrific memory of watching her friend die. It

had played through her mind during every one of those miles, like a movie

stuck on a never-ending loop.

All her fault. Cheryl was dead because of her.

as she crossed into Montana. Because she knew what Vincent was capable

of. He’d proved it by killing his wife in cold blood without a single hint of

note would turn out to be a cruel joke, but the rage on Vincent St. Clair’s

face when Cheryl confronted him with the evidence had annihilated that

hope, and it confirmed he was the monster her husband wrote about. And so

If you’re reading this, then Vincent followed through with his threat and

killed me...don’t let him get away with it, Faith.

road in front of her. She was barely hanging on and still couldn’t wrap her

head around the truth. Vincent was Blake’s older brother. Both were

decorated police detectives. How was it possible they’d been on the take for

Since she’d found the note Blake had taped to the bottom of his desk,

Faith had existed in a state of shock. The first person she’d thought to call

confines of its interior. Pounded her fists against the steering wheel. If she

would forever be imprinted in Faith’s mind. If Vincent had been ruthless

husband had accumulated, then what would he do to Faith if he caught her?