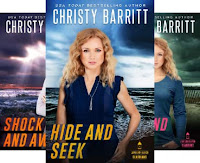 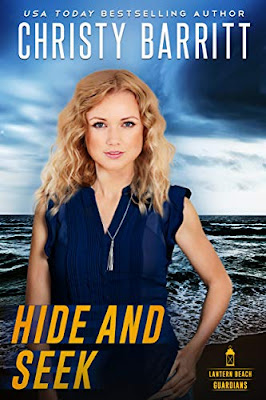 "Cassidy had so many questions."

Who was this little girl who had washed up onshore? Why wouldn't she speak? Would she recover from her long exposure in the ocean? Why was Cassidy's name written on the life jacket that had likely saved the dear one's life? Where were the girl's parents? What was her name? What now? What . . . . . . . now?

Lantern Beach Police Chief Cassidy Chambers couldn't dismiss the feeling that the answers to all of her questions were going to bring trouble to her sleepy tourist town. The timing couldn't have been worse, since the governor was scheduled to arrive for an under-the-radar island vacation. This couldn't have anything to do with his arrival, could it? Or could it.

Lantern Beach fans will love this first episode of a new series; Lantern Beach Guardians, featuring Cassidy and her ex-SEAL husband Ty, along with a darling little mystery girl who Cassidy names Janie.
* I purchased a copy and was under no obligation to provide a positive review. 3.5 stars

BackCover Blurb:
During a turbulent storm, a child is found on the beach, washed up from the ocean. Making matters worse—the girl can’t speak.

Lantern Beach Police Chief Cassidy Chambers can feel the danger lurking around them. As more mysterious incidents happen on the island, Cassidy fears each crime is somehow connected to this child—a child no one has reported missing.

Cassidy knows the girl’s life depends on finding answers. With the help of her husband, Ty, a former Navy SEAL, she scrambles to discover what exactly is going on.

Someone appears to be playing a deadly version of hide-and-seek—and using the girl as a pawn. But what will happen when the game finally ends? 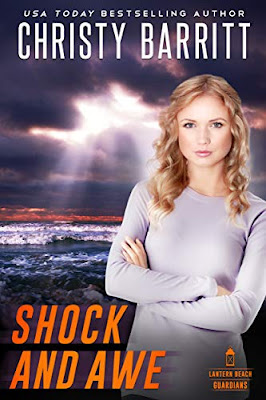 Clearly, something drastic needed to happen. Police Chief Cassidy Chambers is being hemmed in along multiple fronts; a grisly murder scene with an unidentified victim, a state official who is being blackmailed out of keeping a secret, a traumatized little girl whose forward progress seems fragile at best, and an anonymous messenger boldly taunting Cassidy with words she never wanted to hear again; "we know who you are".

The author clearly upped her game in this exciting episode of The Lantern Beach Guardians, for die-hard romantic suspense fans will love the mix of frantic pace and tender moments
*I purchased a copy and was under no obligation to provide a review. 3.5 stars

BackCover Blurb:
They thought the worst was over—but they were wrong.

When Police Chief Cassidy Chambers arrives at a grisly crime scene, she’s shocked at where the evidence leads. Then the threats start coming. Threats against her. Threats that could upend her life.

As more clues are uncovered, a sinister plot is revealed, and Cassidy fears the little girl in her care may be tangled in a deadly scheme. Cassidy and her husband, Ty, will do anything to protect the child, each other, and the island. But what happens when they might not be able to save all three? 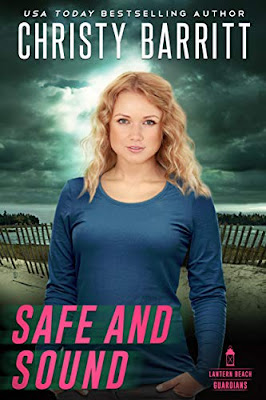 "You're like the woman who won't die. But I'm about to change that."

In spite of her best efforts Lantern Beach Police Chief Cassidy Chambers has been unable to find evidence that would clear the cloud of heavy suspicion hanging over her head; another F. B. I. agent has been murdered on the island, and this time the aim was personal. Too personal. The dying man's last words, "they know", forces Cassidy's hand. Those around her must be made aware of her past and who she really is, in order to protect those that she now loves the most.

Enjoy this thrilling conclusion to the Lantern Beach Guardians series, where Cassidy's life hangs in the balance not once, but twice.

"Whoever was behind this was playing a deadly game. And apparently, this other person was holding all the right cards."
*I purchased the book. 3.5 stars

BackCover Blurb:
A call for help draws Police Chief Cassidy Chambers deep into a wooded, isolated area on Lantern Beach. What she finds shakes her to the core—a friend is bleeding out, and his last words before dying are: They know.

Figuring out who killed her friend and what his final words meant becomes Cassidy’s mission. Have members of the notorious gang that placed a bounty on her head discovered her new life? Or is someone else trying to teach her a twisted lesson?

Elements from past investigations surface and threaten more than one person’s safety. Cassidy and her husband, Ty, must make sense of the deadly secrets that unfold at every turn. If not, the life they’ve built together might come to a permanent end. 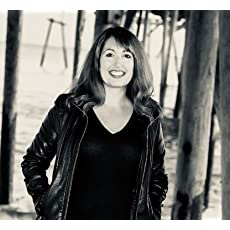 A Publishers Weekly best-seller, Christy writes both mystery and romantic suspense novels that are clean with underlying messages of faith. Her books have sold almost two million copies, and one is currently being developed as a movie.

Christy's books have won the Daphne du Maurier Award for Excellence in Suspense and Mystery, have been twice nominated for the Romantic Times Reviewers Choice Award, and have finaled for both a Carol Award and Foreword Magazine's Book of the Year.

The series (and other series set on Lantern Beach!) is available in a set or individually, in digital ebook or paperback at Amazon