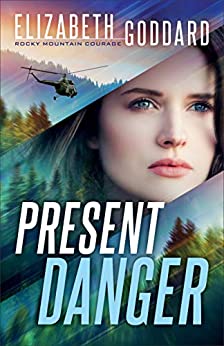 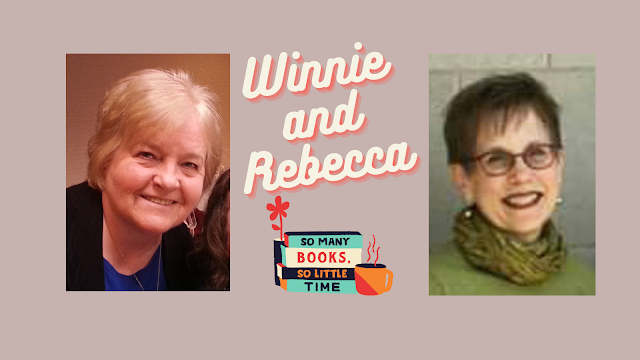 WINNIE'S REVIEW:
Elizabeth Goddard’s new series, Rocky Mountain Courage, promises to be another winner for romantic suspense fans. Present Danger, the first book in the series, is a wild ride of twists and turns that kept me guessing from the first page to the last. Goddard is talented at keeping the suspense ramped up throughout the story.

With carefully-crafted and colorful characters, and a setting in the Rocky Mountains of Montana, the scene is set for intrigue. USFS Special Agent Terra Connors is paired with Jack Tanner, a former FBI agent now working as a detective, to solve a murder involving the trafficking of archaeological artifacts.

This book should appeal to those who enjoy suspense, mystery, with a dash of second-chance romance. I’m looking forward to the next book in the series.
*I voluntarily reviewed a complimentary copy from Revell through LibraryThing. All opinions are my own.

REBECCA'S REVIEW:
"The direction your life takes can often come down to one decision, one moment in time."

Her deceased mother's advice still ringing in her ears, United States Forest Service Special Agent Terra Connors is unsure about her reaction to seeing Grayback County Sheriff's Detective Jack Tanner again. Obviously, Jack already knew that she was back in the area but laying eyes on him again after that fateful decision, was still a shock to her system. Personal feelings aside, they would have to find an amicable means of working together; a private plane has crashed, the pilot has mysteriously disappeared from the hospital, and a respected member of their community has been murdered. And that's not all.

Jack Tanner had been conducting a search and rescue operation when he spotted what appeared to be a body at the bottom of a ravine. . . . it certainly wasn't the bodies of the two twin girls, the objects of their original search. After rappelling down to the scene, he comes eye to eye with the one person whose face has interrupted his thoughts and dreams for years, how could he have ever let her go?

As Terra and Jack delve into the case, the facts become more and more confusing while the body count continues to rise; but they have gained one cryptic clue; "Janus", the name of an ancient Roman god with two faces, one looking backwards toward the past and the other looking forward towards the present. In an odd sort of way, it also depicts the journey that Terra and Jack have taken, the obvious question in both cases remains, "Where do we go from here?".

Readers will definitely enjoy puzzling over this story while they savor the sweetness of a relationship tossed aside for all the wrong reasons, only to be put back together for all of the right. The pacing is perfect; continuous, mind-boggling action, with plenty of time for "unfinished business".

"I'm holding you close, that's what. I'm holding this moment close. I almost lost you out there. I can't let that happen ever again."
*I received a copy of this book from the Baker Publishing Group through Interviews and Reviews.

Former FBI Special Agent Jack Tanner is working as a detective in Montana when he comes across a body in the national forest during a search and rescue mission. He's committed to finding the killer, even if it means working alongside his old flame, US Forest Service Special Agent Terra Connors.

When Terra discovers that the murder victim had ties to a powerful and dangerous trafficker of archaeological artifacts, the investigation takes a deadly turn--one that hits too close to home. As Terra fears she lacks the courage to face what comes next, Jack is more determined than ever to protect her. But he's failed her before.

If he fails this time, it will cost them far more than just their hearts.