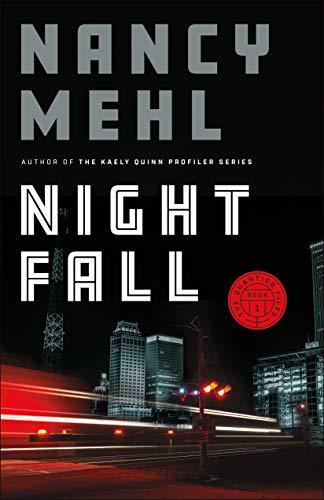 "Do you hear the Train Man rumbling in the night?"

F. B. I. Behavioral Analyst Specialist Alex Donovan "felt like all the blood in her body had frozen, as if time itself had come to a halt". Seeing those awful phrases painted on the side of a rail car brought back equally awful memories from her childhood, for Alex remembered those words being chanted from the lips of a woman who had been designated as her guardian, although undeniably unstable, her Aunt Willow had taken Alex in after the death of her mother. Frankly, at this point Alex has no choice but to pull herself together in order to aggressively utilize her inside knowledge, the agency is frantically tracking a serial killer, a psychopath who has declared himself as the "Destroyer", his signature being the "Train Man". But what about the cost to Alex's psyche? Revisiting her nightmares will be no easy assignment.

As Alex and her team race forward to avoid a sixth death and the possible unleashing of a powerful pathogen, her subconscious reverts back to episodes of paranoia, near panic attacks, and questions . . . . . all sorts of questions about God . . . . angels . . . . and demons. Fellow agent Logan Hart, nicknamed "The Preacher", calmly and gently probes Alex's misconceptions, assuring her of the existence of a one true God whose characteristics are nothing like the cultish influences of her past. Will it be enough? Will Alex know who to call on in her darkest hour . . . "or else the evil Train Man may carry them(her) away".

Non-stop action, interesting twists and turns . . . characters that readers will want to spend much more time with . . .  characters whom characters themselves will want to spend more time with. A very intriguing suspense with a rather dark ambience, balanced by some very authentic questions and answers about all things spiritual.
*3.5 stars. I purchased a copy and was under no obligation to provide a positive review.
See Paula's Review:

BackCover Blurb:
Now that Alexandra "Alex" Donovan is finally free of her troubled upbringing, she's able to live out her childhood dream of working for the FBI. But soon after she becomes a member of the FBI's elite Behavioral Analysis Unit, authorities in Kansas and Missouri contact them about bodies found on freight trains traveling across the country--all killed in the same way.

Alex never expected to be forced to confront her past in this new job, but she immediately recognizes the graffiti messages the killer is leaving on the train cars. When the BAU sends her to gather information about the messages from her aunt in Wichita, Kansas, Alex is haunted by the struggles she thought she'd left behind forever.

In a race against time to solve the case while battling her own weaknesses, Alex must face how far she'll go--and what she's willing to risk--to put a stop to the Train Killer.