HOURS TO KILL by Susan Sleeman, Reviewed by Winnie Thomas 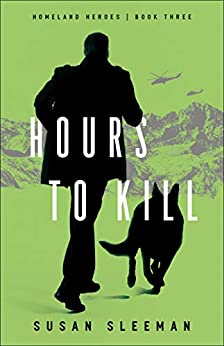 “For the Spirit God gave us does not make us timid, but gives us power, love and self-discipline.”

With riveting suspense and a compelling storyline, Susan Sleeman’s latest book, Hours to Kill, kept me absorbed from the first page. The two main characters, FBI Special Agent Addison Leigh and Deputy U.S. Marshall Mack Jordan, are married but separated, due to Mack’s PTSD. When Addy is left with amnesia after an attack on her, Mack rushes to her side and finds that she doesn’t remember him or their marriage. As Mack and his team struggle to help Addy remember details of the case she was working on, it becomes clear to them that they’re in a race against time.

Filled with lots of twists and turns, suspense, inspiration, and a dash of romance, this book is sure to appeal those who enjoy inspirational romantic suspense. Sleeman’s stories are always so educational, as her characters are armed with the latest technology, and it’s evident she’s done her research on the subject matter.

This book concludes the Homeland Heroes series, but it can be read as a standalone book. However, it was such fun to see some of the characters from the other stories in the series pop up in this one. 4.5 stars
*I voluntarily reviewed a complimentary copy from Bethany House Publishers. All opinions are my own.

Mack rushes to her bedside, where he promises to hunt down the man who attacked her. Mack failed her once when he bailed on their marriage, and he's not about to let her down again. But when she wakes up in the hospital, she remembers neither the attack nor ever being married to Mack. And when a second attempt to take her life is made, it's clear something very sinister is going on, and Mack and Addison are in for the ride of their lives.