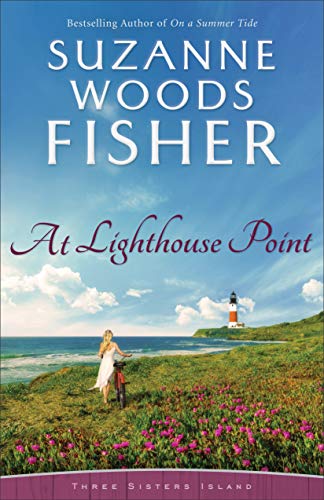 "Honey, life doesn't always turn out the way we plan."

Isn't that the truth. In other words, could God possibly have an even better plan in store for Blaine Grayson. Her French house guest Jean-Paul seems to think so, telling her that "He has dreams for you that you could not even imagine" . . . and hopefully he is right, because Blaine is already trying not to question her return home to Three Sisters Island, Maine; where nothing, and everything has changed.

Blaine's notion of returning to her family's island property, Camp Kicking Moose, with a coveted degree from a French culinary school, led her to believe that she could remodel the camp's kitchen in order to offer fine dining for the many guests visiting the camp during peak season. Finding out that her father and older sister, who never cook, have done a terrible job of putting in what they considered upgrades to the old kitchen, has effectively ruined that idea. As if the sister dynamics weren't frustrating enough, the one person whom she considered her best friend is giving her the cold shoulder; in fact, Dr. Artie Lotosky is doing a fine job of totally ignoring her, putting another dent in her tender heart.

Digging deep into her faith, and quoting many precious Proverbs to herself, ("a fool gives full vent to his anger, but a wise man keeps himself under control . . . ") Blaine dares to believe that God may have a new dream in store for her. But in order to reach for it, can she truly, "pray and release"?

This lovely series conclusion has only one flaw . . . it ended far too soon.
*I received a copy of this book from Baker Publishing Group through Interviews and Reviews, and was under no obligation to provide a positive review. 4.5 stars
See Trixi's and Paula's Reviews
BackCover Blurb:
Blaine Grayson returns to Three Sisters Island with a grand plan--to take Camp Kicking Moose to the next level. Her dream starts to unravel when she discovers Moose Manor's kitchen has been badly remodeled by her sister, Cam, who doesn't know how to cook. Added to that blow is the cold shoulder given by her best friend, Artie Lotosky, now a doctor to the unbridged Maine islands.

As old wounds are opened, Blaine starts to wonder if she made a mistake by coming home. Little by little, she must let go of one dream to discover a new one, opening her heart to a purpose and a future she had never imagined.