THE NATURE OF A LADY by Roseanna M. White, Reviewed by Paula, Trixi, and Kim! 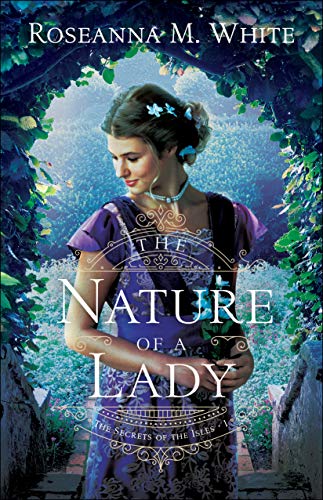 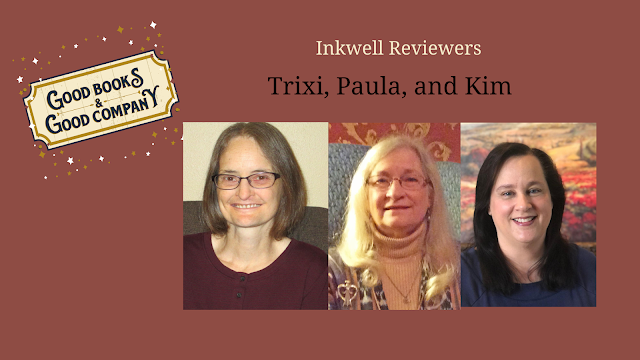 PAULA'S REVIEW:
This absolutely perfect story had so many elements that I loved. The setting was so picturesque that it made me want to summer in the Scilly Islands. The prose was so poetic: “She’d left the windows open so she could hear the shushing of the waves, as familiar as a mother’s heartbeat. The wind whispered in, kissed her brow. The moon sang a lullaby,” It has a very solid faith thread. And the cover is gorgeous!

Lady Libby Sinclair does not feel she fit within society’s constraints. She loves cataloging and sketching nature. She travels to the Scilly Islands and a curious thing happens. She is mistaken for another Elizabeth. This one happens to be Beth, sister to the local vicar, Oliver Tremayne, who is interested in botany. Libby starts to question the dichotomy of faith and science. Libby connects with the island, its people and especially Oliver’s grandmother and thereby to God. “Libby’s heart added a plea: I ask that you show yourself to me, God.” And Mamm-wynn imparts wisdom: “We see only in part. But there is more. More to this physical world that your magnifying lens can show you. And more still beyond it that we need a spiritual lens to see.”

A mystery is discovered, friendships are forged, and more than one romance to savor.

The ending brought tears to my eyes and a yearning to return to the Scilly Islands for more delightful romances.
* I received a complimentary copy of this book from Bethany House on behalf of the author. I was not required to give a favorable review. All opinions are my own.*5 stars and a solid faith thread.

TRIXI'S REVIEW:
“Perhaps you weren't perfectly adapted to the environs into which you were born, Libby. But that doesn't mean He made a mistake in where He put you. It means only that He set you on a journey, like any other migratory creature who needs different settings for different seasons. He led you here. ~pg. 221”

“He wanted more for her. Wanted her to love the Creator with the same boundless fascination with which she loved His creation. Wanted her to trust Him as she had so quickly come to trust Oliver.~ pg. 250”

I've only read Rosanna's Ladies of the Manor series when it came out in 2015 and I absolutely fell in love with her writing style, her story settings, and the way she draws you completely into the pages of the book. I knew The Nature of a Lady would be a little different of a style for her, but still contain the things I came to expect; a great blend of romance and historical details.

I was really intrigued with the setting of this story, the Isles of Scilly. I'd never heard of this place before so it was with fascination that I explored it along with Libby—aka Lady Elizabeth Sinclair. Having escaped her overbearing brother's plan to marry her off to Lord Sheridan, at least for the summer anyway, she finds herself quickly drawn into the culture of the island and its people. Having a keen eye for nature and a sharp scientific mind, there's much fodder for exploration on this beautiful but mysterious land. There's also rumor of possible pirate treasure, that's where this story takes an unexpected twist!

Our hero Oliver Temayne was the local vicar and beloved by all. Watching him work his “elbow magic” on Libby (you'll find out more about that) and his gentle nature will endear you to him. His quest to find his missing sister, also named Elizabeth, was part of the mystery in the story.

So if you're up for some adventure, a little bit of a mystery to solve, finding a hidden pirate treasure, a beautiful island to explore, an unusual hero and heroine to get to know along with a whole cast of characters, faith, and of course a gentle love story, then I know you'd enjoy this as much as I did. Fans of Roseanna White’s other books will find this just as delightful, with a little twist!
*I received a complimentary copy from Bethany House and was not obligated to leave a favorable review. All opinions expressed here are my own. *

KIM'S REVIEW:
First, let me just say I love Roseanna White’s books. Her Codebreakers series and her Shadows Over England series are both excellent and contain some of my favorite characters! These stories shouldn’t be missed!

As for The Nature of a Lady, I was immediately interested in this story and the mystery surrounding the disappearance of Oliver’s sister. Speaking of Oliver, I immediately took a liking to him and couldn’t wait for his story to develop. On the other hand, Libby was a little harder for me to connect with. I wanted her to have a little bit more of a personality, but I was interested in where this mystery was headed and their development as a couple.

Unfortunately, I felt like the story started to drag a bit about a third of the way through. It took too long for the story to be set up and it made it hard to keep my interest.
*I received a complimentary copy of this book. All opinions are my own. The faith thread was light.

BackCover Copy:
1906
Lady Elizabeth "Libby" Sinclair, with her love of microscopes and nature, isn't favored in society. She flees to the beautiful Isles of Scilly for the summer and stumbles into the dangerous secrets left behind by her holiday cottage's former occupant, also named Elizabeth, who mysteriously vanished.

Oliver Tremayne--gentleman and clergyman--is determined to discover what happened to his sister, and he's happy to accept the help of the girl now living in what should have been Beth's summer cottage . . . especially when he realizes it's the curious young lady he met briefly two years ago, who shares his love of botany and biology. But the hunt for his sister involves far more than nature walks, and he can't quite believe all the secrets Beth had been keeping from him.