So why would the writer of inspirational romance novels choose a female outlaw as her Inkwell persona?

Partly because the heroine in my latest WIP (Beautiful Bandit) is wrongly accused of robbery and murder. Well, sort of. She did walk up to the bank counter and demand that the teller put all the money into a sack. And the guys she was with did shoot and kill a couple of bank patrons, but…I wouldn’t want to give away too much, lest you not rush right out and buy the book when it hits the shelves next June! LOL

And partly because I believe all of us, at some time or other, have been unfairly judged—surely not of something so heinous as armed robbery and the slaughter of innocent bystanders!—and can recall events from the past that help us empathize with Pearl Hart, who wasn’t all bad…. 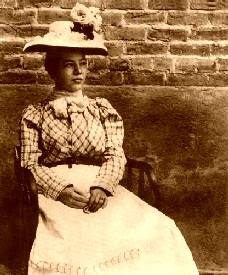 She was born in Ontario to devout Christian parents who gave their girl everything money could buy, including a fancy education at an exclusive boarding school. If only they’d known that at the tender age of sixteen, their daughter would enroll in Romance 101 as taught by Frank Hart (aka William, aka Brett, depending on whom he was trying to outrun). Sadly, Pearl also learned the meaning of ‘abuse’ under his tutelage, and was soon home again, crying on her mama’s shoulder.

More’s the pity she didn’t stay put, for each reconciliation with her handsome husband resulted in another little Hart. Both children were quickly deposited at her ma’s new house in Ohio so Pearl and Frank could hunt for fortune and fame.

During the World’s Fair in Chicago, Pearl worked as a barker on the midway, and one night while she slumbered in her tent, Frank disappeared. She hit the road running, working as a cook, a waitress, a singer to fund the search for her nomad spouse. She found him in Phoenix, where he promised to treat her like a queen if she’d come back to him.

In Tucson, she quickly learned that a tiger’s stripes never fade, and when Frank grew tired of violating her, he volunteered during the Spanish-American War. According to legend, Pearl cried as she bid him farewell, “I hope you die in battle, so at least there will be something noble about your life!”

This time to make ends meet, Pearl took a job cooking at the Mammoth Mining camp, and when ‘all work and no play’ became too hard to bear, she hooked up with a miner by the name of Joe Boot. Happiness lasted only until Pearl got a letter from her brother, informing her that their beloved mother had fallen ill. Pearl sent home every penny she’d saved to buy Mama’s health.

More letters from home told of her mother’s worsening condition. Pearl and Joe worked harder, and when their scrimping and saving still wasn’t enough, Joe suggested they rob a stagecoach. And so on May 29, 1899, the reluctant Pearl cut her hair short and donned Joe’s clothes, and tucked a .38 pistol into her belt. After the robbery, she and Joe counted nearly $500… even after handing each man on board a dollar for grub and lodging.

Twenty miles and days later, Sheriff Wakefield and his posse surrounded them, and they were tossed into the Pima County jail. By October 12th, she escaped with the help of Ed Hogan, serving time in a cell near hers for a myriad of crimes.

But Wakefield wasn’t about to allow a woman bandit to make a laughingstock of him and his deputies! He tracked her to New Mexico, and this time “the bandit queen” got five years… and a round-the-clock guard.

When she was released in December, 1902, Pearl wandered the country doing many odd jobs, and for a time, even worked under an alias with Buffalo Bill’s Wild West Show. Then, at the start of World War I, she met and married Calvin Bywater and, according to local lore, spent the rest of her days on his front porch, rocking and smoking cigars.

And so it was that the only known female stagecoach robber and the first woman sentenced to the Yuma Territorial Prison inspired the movie Yuma, the musical Legend of Pearl Hart, and the play Lady with a Gun.

Yet we’re left to wonder: What happened to Frank Hart and Joe Boot? Did Pearl return to Ohio in time to see her mother, or take responsibility for her son and daughter? Did she trade her “walk on the wild side” life for a “closer walk with the Lord” during her golden years?

History provides no evidence that any of those things happened, but our imaginations can devise multiple scenarios that allow us to answer each question with a resounding “Yes… and then….” That’s precisely how the idea for Beautiful Bandit, the first novel in my “Lone Star Legends” series was born.

I pray that when Pearl met her Maker at the ripe old age of 85, she did it with a contrite heart and a pure spirit, just as Dinah Theodore (my wrongly-accused heroine) will at the end of her long and happy life! 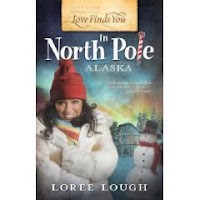 At last count, best-selling author Loree Lough had 75 books, 62 short stories, and over 2,500 articles in print. Dubbed “edgy, heart-tugging adventures” by reviewers, her stories have earned dozens of 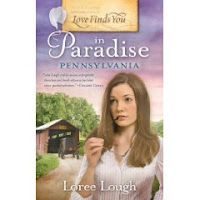 “Readers’ Choice” and industry awards. Her most recent release, Love Finds You in Paradise, Pennsylvania will be followed by two additional Love Finds You titles set in North Pole, Alaska (10/09), and Folly Beach, South Carolina (08/10). Be Still…and Let Your Nail Polish Dry! (a devotional w/Andrea Boeshaar, Sandie Bricker, and Debby Mayne) becomes available in November ‘09, and recent contracts with Whitaker House and Abingdon will add 8+ titles to the list.

A frequent guest speaker for writers’ organizations, government agencies, book clubs, college and high school writing programs, and more, Loree has encouraged thousands with her comedic approach to ‘learned-the-hard-way’ lessons about the craft, and 600 (and counting!) of her former students are now published authors.

Loree and her husband live near Baltimore with a formerly-abused, now-spoiled Pointer whose numerous vet visits inspired the nickname ‘Cash’.

You can find more info on Loree Lough at:http://www.loreelough.com/
http://www.theloughdown.blogspot.com/

Thank you Loree for being our gracious guest today.
Posted by Anita Mae Draper at November 12, 2009