(Yes, another Scarlett Post. Really, I wrote this one before fellow devotee Julie Lessman's, so come on in out of that hot Georgia sun and let's talk.)
Scarlett O’Hara is a name people recognize whether they’ve read the book or seen the movie. How often does that happen? She exemplifies the very description of a strong, unforgettable character.

And if you don’t know, Scarlett wasn’t even likable. 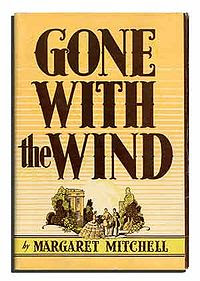 I was a pre-teen bookworm when my mother suggested I read Gone With the Wind. It was the size of the dictionary, and although I did like history, I didn’t have much confidence in a book about the civil war. I mean 'the war of Northern Aggression.' 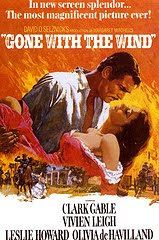 "Scarlett O'Hara was not beautiful, but men seldom realized it when caught by her charm as the Tarleton twins were.” I was instantly hooked. I shared it with a friend and probably read it two times in a row. Months later, GWTW was re-released in the theatre and we saw it three times. Wikipedia says it was 1967, so perhaps I was only a toddler at the time? I can quote it (Southern dialect included) as well as my adult children quote Field of Dreams or, sadly, Anchorman.

So, as a big fan of Gone with the Wind, let me suggest two things to chew on during that intermission. (Yes, you need an intermission in a four hour movie.)

Scarlett’s draw is tenacity. She stepped over and on those around her to get what she wanted and we forgive her for it. Why? Maybe because her mother, her mammy and her Melanie all loved her and secretly, we want to be just that gutsy. Gutsy has its place, doesn’t it?

Once our Katie Scarlett set her mind to something, she did it. When life handed her lemons she threw them and made sweet tea instead, know what I mean?

How many opportunities have we lost because we backed down, gave up or put our goals on hold and then forgot to retrieve them? How true this is for writers! A heavily “red inked” critique, a miserable contest score, the release of a new book with the same plot and setting as your five year old manuscript, another rejection letter, a negative review. You just know what Scarlett would have said.

Scarlett had no problem believing in herself and it propelled her to succeed. We all knew she’d get Rhett back, didn’t we?

As a writer now, I am so impressed with Margaret Mitchell. What glorious characters! What glorious dialogue. I am just pea green with envy. We can’t separate Scarlett and Rhett from Vivien Leigh and Clark Gable anymore, but don’t think they one-upped Mrs. Mitchell’s original work.


Have you let your obstacles hold you back or have you used them as stepping stones? I don’t advocate Scarlett’s methods but I do respect her gumption. I don’t want to sit out another round of the ‘Virginny Reel’, do you?
If you're a writer, are your characters compelling? Is there any way you can make them unforgettable? Flawed and fascinating? Are you still excited about meeting them on the page each day?


Tell me, what's your opinion of Ms. O'Hara? Did you establish that opinion based on the book, the movie or just general perception? Here's a little reminder:

1 Peter 5:10  And the God of all grace, who called you to his eternal glory in Christ, after you have suffered a little while, will himself restore you and make you strong, firm and steadfast

Gather up your hoops and run like Scarlett down that red clay driveway to leave a comment with your e-mail address SAFELY included. This Yankee will put your name in my carpetbag for today's giveaways--Barbour Publishing's 199 Promises of God and an all expense paid trip to Tara and all the Wilkes Barbeque you can eat. Okay. Kidding on the trip part.