We've all said it. If not to ourselves or someone else, we've said it to God when He asks us to do something beyond our comfort zone.
"But I'm just a ______________."
Go ahead, fill in the blank: mom, wife, daughter, sister, employee, supervisor, nursery worker, music minister, youth leader, pastor's wife, churchgoer, believer.

Whoops! Back it up. You'd never say that! You'd never discount your faith in Christ by saying "I'm just a believer," but that's what we do every time we underestimate the part we play in the kingdom of God. And yes, all those roles listed above, and many, many more I didn't mention, are our roles in His kingdom. 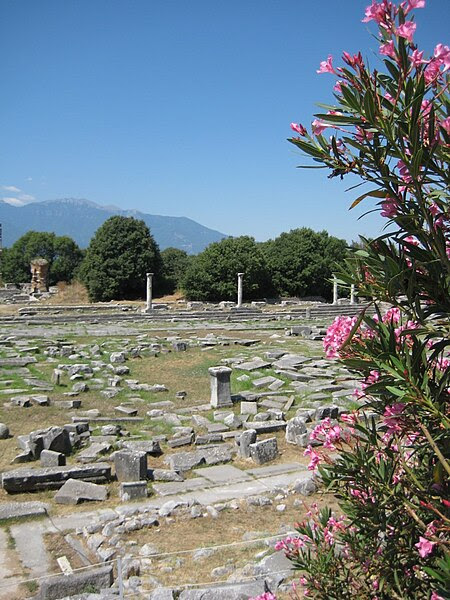 In Acts 16, Paul has a vision of a man from Macedonia (present-day Greece) begging Paul to come and help them. The next morning Paul and his companions packed up and took off for Macedonia.

They sailed across the Aegean Sea from Troas, with layovers in Samothrace and Neapolis. From there they traveled to Philippi, a Roman colony and "the leading city of that district of Macedonia."
I imagine they settled into a hotel, or an inn, and waited for further instructions. Or another vision. The Bible just says "they stayed there a few days." Sight-seeing, maybe?

On the Sabbath, Paul and his companions head outside the city gate to the river, where "they expected to find a place of prayer." Either this was their further instruction or they were simply trying to find a place to attend church in Philippi.

There's a group of women gathered at the river. Worshipers of God, seekers of truth, who've come together to pray. A Greek businesswoman named Lydia has joined the group. We're not told if Lydia is married, widowed, or if she has children. We know from scripture that she is "a dealer in purple" and a homeowner.

Purple was a kind of fabric dye, and also referred to the textiles dyed with it. This dye was made from a kind of mollusk (marine snail). When the mollusk's soft body was crushed and exposed to the sun and air, its yellow bodily fluids turned a bright color, ranging from blue to crimson. This fluid was used as a fabric dye. Because collecting this dye was a painstaking (and pretty gross) process, purple was highly valued. The fabric was sold to the Jews for dying the tassels on the corners of their prayer shawls, Babylonians for use in their temples, and to the Romans for their imperial robes.

Maybe Lydia heard about the God of the Jews during a business transaction with a prayer shawl maker. Anyway, here's this thoroughly modern Gentile woman, busy with her career and her household, taking time to gather at the river with a bunch of other women to pray, to seek God.


Was it their prayers that triggered Paul's Macedonia call? It's hard to say. What we do know is Paul and Silas (and presumably Luke) wandered into this little women's prayer group outside the gates of Philippi. When they began to share the gospel of Christ with these Gentile women, the Lord opened Lydia's heart to respond to Paul's message. 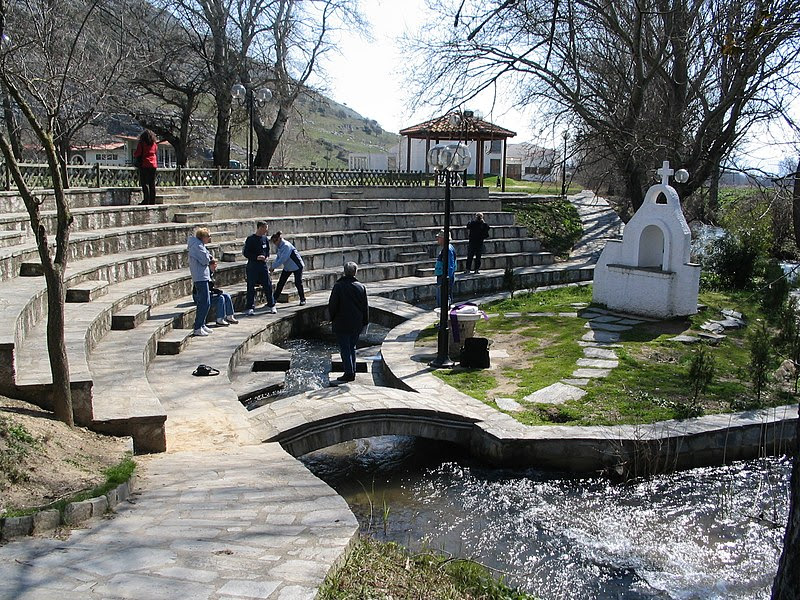 Do you suppose Paul was surprised that his first Macedonian convert was a woman?

Lydia and her whole household (servants, immediate and extended family, and possibly her employees) were baptized into Christ. Afterward, she sort of demands that Paul and Silas come stay at her house. I get the impression Lydia had the kind of personality that could sell ice to Eskimos.

Later, after Paul and Silas had been imprisoned and miraculously released, they went straight to Lydia's house before they moved on out of the area. By this time a church had formed in Philippi that met in Lydia's home.
The entire book of Philippians is written to the church that grew out of one woman's response to the message she heard on the banks of a river during a prayer meeting.

You responded to a message. You stepped up to the plate and said, "I believe." Many of you have gone on to offer hospitality and service to your family, friends, and church families. The things you do in response to the message of Christ - whether it's to change a diaper in the nursery, endure a dozen teenagers having a sleepover in your living room, copying the church bulletin, managing your home, or bringing up children in the admonition of the Lord - is a vital part of the kingdom of God just as Lydia's response on the banks of that river outside Philippi was in her time.

You've probably heard the "When I am an old woman, I shall wear purple," poem by Jenny Joseph. (If not, visit here to read the whole thing.) 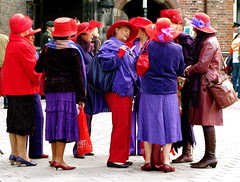 I, for one, am not going to wait until I'm old to wear purple. I'm going to wear purple and think of Lydia. I will seek truth, worship God, and listen for the unction of the Holy Spirit. And then I'll be bold to step out in faith, believing that my obedience will have an impact on the kingdom of God. I encourage you to do the same.