Welcome to the Regency

Today we welcome Regency author Linore Rose Burkard. Linore creates Inspirational Romance for the Jane Austen Soul. Her characters take you back in time to experience life and love during the Regency England era (circa 1800 - 1830). Her stories blend Christian faith and romance with well-researched details from the Regency. Take it away Linore.

You may be familiar with Jane Austen, but do you know about the era during which her books were written? Welcome to the Regency--a time unlike any other! Allow me to provide a quick tour to help put this unique period, and my romance novels, into historical perspective.

There are lots of ways to approach the subject of Regency England. But, it will make most sense to start with the Regent—the guy who gave this period its name. Here’s what happened: King George III (1738-1820, left) suffered from a mysterious malady that had twice rendered him incapable of ruling. His was a monarchy that still held power, so when his mysterious ailment surfaced for the third time with devastating severity, the government was destabilized. Without a functioning king, the government had no choice but to put a regency bill before Parliament.

It was late in 1810 when the situation had reached an apex. Rumours abounded that the king had gone mad, and he was, in fact, behaving in ways to support the theory. Medical experts today believe he was likely afflicted with porphyria, which affects the nervous system and can cause mental disturbances, such as depression, paranoia, and hallucinations. The result was that in 1811 the Prince of Wales (1762-1830) (pictured at right) the eldest son of the King, was officially appointed Regent. He headed the government in his father’s place, and thus “The Regency” began.

George Augustus, now Prince Regent, remained as head of state in his father’s place until the old king died, in 1820. Therefore, the years 1811-1820 constitute the “political Regency” or the actual Regency. However, there is more to the concept of the Regency than that.

Like other times in history, this period had its own predominant styles of art, architecture, manners and mores, costume, and literature. But, these trends did not suddenly begin with the passage of the Regency Act; nor did they disappear when the Regent became George IV in 1820.

Therefore, to encompass these trends, we must span a greater time period than the political regency. This greater time period is called the “Stylistic Regency.” The Stylistic Regency is not as cut and dried as the political one, and scholars disagree to the years of its boundaries. Generally, however, it is considered to be from around 1800 - 1830.

For example, the “Empire” style gown (see illustration left) that evokes the era to our minds today, got its name from Napoleon’s Empire which began in 1804 at his coronation. The style was not entirely new, but Empress Josephine’s wearing the design certainly didn’t hurt its subsequent popularity. The high waistline of the empire gown became standard in cities from Europe to America. The Empire waistline, right beneath the bust, remained in fashion for women throughout the regency until it slowly began to descend to a more natural waistline near the end of the 1820s.

The Regency includes other benchmarks, such as the dignified Georgian architecture which slowly took on amalgamations of other styles during the time period. This happened in large part due to the amazingly eclectic tastes of the Prince Regent. His architects (most notably Nash and Holland) included elements from Baroque to Gothic, from Chinese to Indian, for the exotic tastes of the Prince. The Royal Pavilion (see picture, below) is perhaps the most garish example of this mixture in existence today.

However, what seems to characterize the Regency to popular imagination the most is not its architecture, art, or its Regent. Instead, it’s the enduring idea of a vanishing culture that, despite its sins, still appears to us today as a time of elegance and manners.

Thanks to writers such as Jane Austen who lived during this period, most people are familiar with the gentlemanly deportment of well-bred Regency men, the feminine attire, and sheltered lives of its women. Her novels revealed a unique look into romance, manners, principles, and the rules of etiquette that appeal mightily to modern sensibilities.

During this time, people knew their places in society and what was expected of them. We like that neatness. We lack it today. We read books of the upper classes who had servants, spoke prettily, wore fabulous clothing, and we love it. Therefore, even though the Regency was also a world of politics, wars, work houses and the dawn of industrialism, we still think of it in terms of Pride and Prejudice and feel only fondness.

As a Regency romance author, I think of the Regency in possibly its most extended reckoning: from 1780 (the year the Prince of Wales began public life) until his death as George IV, in 1830. It’s a broad reckoning, and not all will agree with me. No one can deny the important role the Regent played, however, in setting the tone for society in many ways.

On another front, the Regency gave us the novels of Walter Scott, the art of William Blake and Lawrence, and the Romantic poets like Keats, Coleridge, Byron, and Wordsworth. In addition, dozens of female romantic poets and writers left their marks, such as Dorothea Hemans and the Taylor sisters.

Culture was changing. Slavery was being challenged, and was finally abolished in Britain due to the efforts of William Wilberforce. There was an ever-increasing middle class segment, as machines and new-fangled inventions appeared on the scene.

The Regency represents the last of the grand eras before factories became pervasive; Before technology precluded the art of handwriting, or the speed of a horse on the road. It was a different era, and a vanished one.

If you and I had lived during this time, we would no doubt have too close a knowledge of the darker sides of things. But, looking back as we do today, especially from the pages of a romance novel, you will find stories of adventure, proper romance, dashing heroes, and feisty, faith-filled heroines. This is the Regency to which I welcome my readers: where timeless lessons still apply to modern life and romantic dreams reminds us that happy endings are possible for everyone! 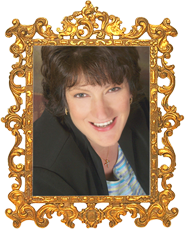 Ms. Burkard's novels include Before the Seasons Ends, The House in Grosvenor Square , and The Country House Courtship.  With influences like Jane Austen and Georgette Heyer, Linore delights in bringing the regency to life for her readers, and, in the tradition of regencies, with manners, morals, romance and humor. Linore's readers experience a romantic age, where England from the past comes alive and happy endings are possible for everyone.

England, 1818: It has been five years since Ariana Forsythe married The Paragon, Mr. Phillip Mornay. Now, Ariana's sister, Miss Beatrice Forsythe, is seventeen and determined to marry advantageously as well. (Surely Ariana's society connexions all but guarantee Beatrice's success-especially if Mr. Mornay is created a baronet by the Prince Regent.)

But the Mornay's have disappeared from high society as they raise a family at their country estate. Can Beatrice persuade them to chaperone her in London? And what about her business with the curate, Mr. O'Brien, whom Beatrice rashly promised to marry years earlier? She is too sophisticated now to settle for a mere clergyman-despite his agreeable countenance and gentle, understanding ways. When Mr. Tristan Barton becomes tenant of the Manor House, Beatrice's hopes seem to have found their object. But when Ariana falls gravely ill, secrets come to light, motives are revealed, and pretenses that are easy to keep up in the darkness begin to crumble. As hearts are bared and truths uncovered, a country house courtship like no other cannot be far behind!

Fans of Linore's first books, Before the Season Ends, and The House on Grosvenor Square, will be delighted with final addition to the Regency Inspirational Series, as will all readers of historical romance.

Linore will be stopping by today. Feel free to leave comments and questions for her. I'm sure she'd love to get to know you all. Are you a Jane Austen fan? A Regency lover? Why or why not? Do you have a favorite Regency novel? I'll give my answers later.