By Lisa Karon Richardson
“Abram dwelled in the land of Canaan, and Lot dwelled in the cities of the plain, and pitched his tent toward Sodom.” Genesis 13:12
This scripture is sort of sandwiched in the story of Abram and Lot. Conflict had arisen between uncle and nephew, and so Abram decided it was best for them to split up. He gave Lot his choice of property.
Lot chose the fertile plain of Jordan where it would be easy to water his flocks and gather food. Lot’s story did not end happily. We get lots of clues as to what went wrong with Lot. So let’s gather the evidence.

First was his desire for supremacy. His men fought with Abram’s over the rights to certain water supplies.
Then, when given the option, Lot chose what he thought would be the easy life in the plains of Jordan.
Finally there is the verse above, specifically this phrase: “and pitched his tent toward Sodom.” To me this is all the evidence we need to know that something was wrong in Lot’s life.
He wanted to walk the fence. His heart was attracted to the evil city of Sodom even though he knew he should avoid the place, so he pitched his tent toward it. He could always claim he wasn’t a part of the problem—he was just sort of near it.
God knows our motivations though. He understands our hearts and no amount of hoop jumping self-justification will work on Him. 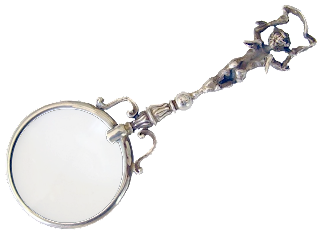 You see it wasn’t very long before Lot wasn’t just living near the city, but he was drawn into the city. He was living in the city when it was scheduled for destruction and it fell to Abram to intercede on his behalf. His property was destroyed, his wife turned into a pillar of salt, and his daughters were deluded into plying him with drink and having incestuous affairs in order to continue his bloodline.
Sadly, fence sitters usually come down on the wrong side of the fence. It’s better to be sold out to God. Why live your life on the border, wondering how much you could get away with?
Everything that brings real joy, everything that is pure and wholesome, everything that is just and right, is open to us. God has no desire to suck the fun out of our lives. He wants us to have all the best things.
So what evidence do our actions reveal?
Posted by Lisa Karon Richardson at May 30, 2010