A Not So Little Princess

So we just finished a move. Moving is not my favorite thing, but I’m getting pretty good at it. I’ve been married to my husband for 10 ½ years, and in that time we’ve moved 9 times. That’s right, nine.

The one good thing about moving is that I uncover treasures. And some of the treasures I unearthed this time are old books from my childhood. The Secret Garden and A Little Princess were two of the stories that made me who I am today. 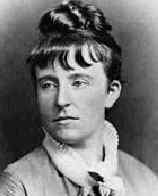 Yes, they’re just children’s stories, but they shaped my worldview. Both of these stories were written by Frances Hodgson Burnett. A fascinating woman in her own right, she was an author of several classic children’s tales. In fact she could have been one of her own characters. Born in England, in 1849, Frances’s father died when she was five. She grew up in the Manchester slums while her mother struggled to try to make ends meet. When she was 16 her family immigrated to Knoxville, Tennessee at the request of an uncle. Still the family lived in poverty. Then her mother died, and at 18, Frances turned to writing as a means of supporting herself and her two siblings. She married a physician, but later divorced him. A couple years later she married her business manager, but that marriage only lasted two years. She lived until 1924, a successful (and single) author and playwright. 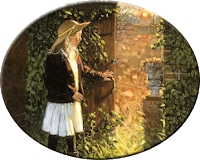 The conventional wisdom is that an author should write what they know. But the two stories for which Ms. Burnett is most known for feature well-heeled English girls who had spent time in India. So how did she manage to create two classics that have translated so well to generations so removed from that lifestyle and/or background.
I guess the difference is that while she might not ever have been to India, she did know what it was like to feel displaced. To lose her parents. To have to live with an uncle she didn’t know.

To work hard.
To dream.
Those are the things that translate and carry the story to us today. Sarah Crewe’s determination to act like a princess (not the diva kind of princess, but the gracious, noblesse oblige kind of way,) no matter what her circumstances, served her well. The image of a girl who could weave a story so beautifully that she transported her friends away from the everyday tedium that surrounded them, birthed in me the desire to tell stories. 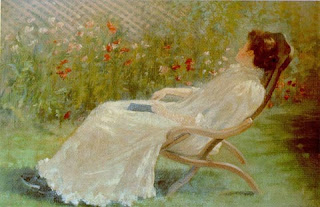 Reading those books over and over again made me an anglophile. They instructed me in the art of mystery and romance. (Yep, even a kid’s book.) Made me want to fight for the underdog and immediately suspicious of overly thin school mistresses. So I guess today, I'm a (not so) Little Princess. And I have an author who had been dead for more than 50 years before I was born to thank for that. I really pray that my books could mean that much to someone someday.
What stories did you read as a kid that are still a part of you today? Did a children’s book inspire any choices you made later in life?
Posted by Lisa Karon Richardson at May 10, 2010