The Joy of Once Upon A Time... 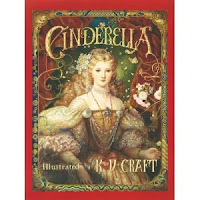 By the time I was three years old, I was already reading. At least, I thought I was. One of my favorite books was Cinderella. Not the Disney version, but a big, hard cover picture book with very ornate, French illustrations. For months, my mother read it to me every night. But one night I told her that I would read it to her. And I did.

At least, I thought I did. In actuality, I'd memorized the book. I knew exactly what words went with which pictures. And while that impressed my mom, she had to let me know that I hadn't quite mastered the ability to read.

So maybe I wasn't reading at three, but by then, I had learned the magic of books. I knew that "Once upon a time" was quite often preferable to my reality. When I did start reading, well, there was no stopping me! And it was a good thing. By the time I was in fourth grade and diagnosed with a chronic illness, I knew I could rely on books to take me away from the bed I often couldn't get out of and far away from the hospital after surgery.

Books have always been my friends. So, as our week of Once upon a time...  winds down, I thought it would be fun to share some of my childhood favorites with you. 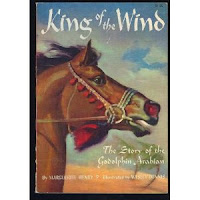 King of the Wind by Marguerite Henry
I was drawn to stories of underdogs and animals. I found both in this story of an Arabian stallion who went from pulling carts in the back alleys of London to earning the title The Godolphin Arabian and becoming one of three Thoroughbred foundation sires. I read it so many times the cover almost fell off.

101 Dalmatians by Dodie Smith
Another one that was falling apart! This is the book the Disney movie is based on, but there are some big differences. For one thing, there are three adult Dalmatians involved: Pongo, Mrs. Pongo, and Perdita (whose own puppies were stolen and then the humans brought her in as a kind of wet nurse to help Mrs. Pongo and... it's a long story). There's also a lot more of the Pongos and their journey to save the puppies. And Cruella deVil is even more awful than she is in the movie. It's a fantastic romp with a very happy ending... for everyone but Cruella.

The Secret of Shadow Ranch by Carolyn Keene
This is the first Nancy Drew book I ever owned. Yes, I know it's number five... but it has a horse on the cover! Naturally, that sold me. And really, you could read the Nancy Drew books in any order. I went on to own the entire set and read many of them multiple times. Nancy, Bess and George honed my sleuthing skills and gave me a love of mysteries and puzzle solving (something which has come in surprisingly handy in my roles of wife and mom).


Photo credits -
Cinderella - K.Y. Craft/Chronicle Books (this isn't the one I had as a child, but you get the idea.
King of the Wind - Marguerite Henry/Scholastic books
The Secret of Shadow Ranch - Simon & Schuster
Posted by Jennifer AlLee at May 14, 2010