Today we welcome a brand new Abingdon author, Jennifer Hudson Taylor. In addition to her exciting Scotish Medieval romance novel, she's written a special story for our "Once Upon a Time" theme. Be sure to share it with your own little princes and princesses.  Take it away Jennifer. 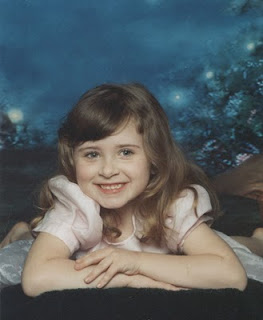 Once upon a time, there was a little 4-year-old princess by the name of Celina Taylor. By day, the princess loved to watch Disney movies about other princesses and read storybooks. By night when her chamber was dark with naught, but a nightlight, she feared monsters lived under her bed. She never heard them speak, but there were noises of movement throughout the castle and slight shadows in the corners, so the monsters had to exist.
Princess Celina pondered what to do and how to get rid of them. She noticed her mommy and daddy, the Queen and King of the kingdom, turning to a book called a Bible whenever they were uncomfortable or distressed by burdens of the land. The princess had a Beginner's Bible, but the Queen's Bible was much more powerful, or so she thought.

One day the Queen discovered that her Bible was missing. She asked the princess if she had seen it. The little princess adamantly shook her head and linked her fingers behind her back in a touching scene of pure innocence. A week goes by and the Queen still cannot find her Bible. One Saturday while the maid had the day off, the Queen decided to tidy the princess' room. She found her Bible under the bed. Shocked, the Queen simply stared at it, hurt that the princess had told a fable.

Unable to to let the matter rest, the Queen questioned Princess Celina. 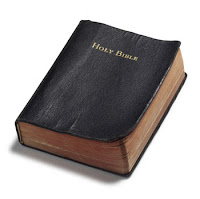 "It scares the monsters away!" replied the princess with tears streaming down her little cheeks. Her green eyes were wide with fear and her bottom lip trembled.

The Queen touched her finger to her chin. Now, she had a dilemma, indeed. She didn't want to discourage the little princess for putting her faith in God's Word, for that was the key to their entire kingdom. Yet, she couldn't let the princess believe that it was appropriate to lie or deceive in order to put her faith to the test. What was the Queen to do?

So the Queen sat the princess on her lap and told her that it was very good to trust in the Bible--the Word of God--to fight away all the monsters. However, the Queen explained that Princess Celina's Bible was just as powerful as the Queen's Bible, and she could put it under her bed to scare away those no good creatures.

Princess Celina was very pleased to hear this news. She dried her tears, put her Bible under the bed, and all the monsters disappeared.

They lived happily ever after.

* * *
Jennifer Hudson Taylor is the author of historical and contemporary Christian fiction set in Europe and the Carolinas. Her fiction has won awards in the American Christian Fiction Writers' Genesis Contest. Her debut novel, Highland Blessings, will be released May 2010. Other works have appeared in national publications, such as Guideposts, Heritage Quest Magazine, Everton’s Genealogical Publishers, and The Military Trader. Jennifer graduated from Elon University with a B.A. in Journalism. When she isn't writing, Jennifer enjoys spending time with her family, traveling, genealogy, and reading. She resides with her husband and daughter in the Charlotte area of NC.

Highland Blessings
Highland warrior Bryce MacPhearson kidnaps Akira MacKenzie on her wedding day to honor a promise he made to his dying father. When he forces Akira to wed him, hoping to end a half-century feud between their clans, she struggles to overcome her anger and resentment. . .Yet her strength in the Lord becomes a witness to Bryce. But there is a traitor in their midst . . . and murder is the ultimate weapon.

Jennifer will be stopping by today. Be sure to leave your questions and comments for her.
Posted by Dina Sleiman at May 12, 2010