The Republic of Dhambizao has suffered more than its share of tragedy but tales of the Ghost Soldiers were supposed to be just that—rumors—stories to frighten children. And then Joseph, a young native boy, captures pictorial evidence that they are real and more frightening than any story. Injured and terrified he confides in Natalie Sinclair a young American aid worker. She in turn takes the boy to Doctor Chad Talcott for medical care. 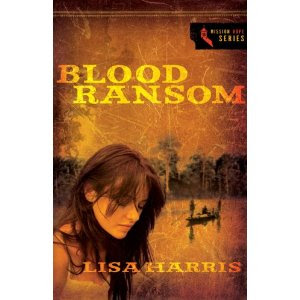 No sooner does Natalie pass copies of the photos to her boss than someone tries to kidnap her. With the entire country tense as a snake on the verge of striking due to the upcoming national elections, and with very powerful interests arrayed against them, Natalie, Chad and Joseph race to the capital to make sure the evidence sees the light of day.

Blood Ransom is a sweeping adventure story that stirs the heart and exposes the real-life evils of the modern day slave trade. I wish it were all fictional, but Lisa brings the story to life with sensitivity and passion.

Having lived as a missionary in Africa I can attest that Lisa captured her setting and translates it to the page with consummate skill. Her experience with the continent comes through loud and clear. I also really liked the sweet romance that developed during the story. Many times we see the romance forced into the leading role when it shouldn’t be. Here it takes an appropriate place in the overall events and enhances rather than detracts from the story. 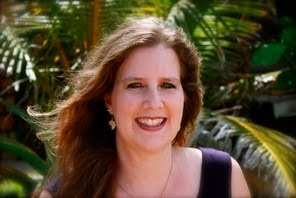 photos had not been digital or that events had been slightly tweaked to prevent their upload online. As the story stands, a couple of the pictures are sent to a reporter via e-mail, which begs the question, why not just upload them all to a photosharing site, or simply e-mail all the major news outlets with the pictures. The answer is it would have negated the need for the trip down the river, and thus there would have been no story. It’s really a minor quibble since the story drew me in enough that I was happy to suspend disbelief, but I would have been more satisfied overall if the plot had resolved this point more satisfactorily.

Overall, I found Blood Ransom fast paced and intriguing. The characters and setting are vivid and the plot is several steps removed from those we are normally served in the Christian market. A very nice change of pace for this reader and a good first entry for a new series. Congrats to Zondervan for stepping outside the box and taking a risk on this story.

You can order a copy here.

Disclaimer: I received a copy of this book from the publisher for the purpose of review.