How To Choose My Favorite Author 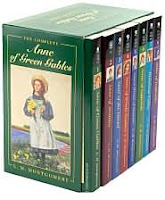 For someone who’s read and loved books for over 4 decades, picking a favorite author is a daunting task. Especially since my tastes and some of my favorite authors’ genres have changed during that time.
My childhood attention was captured by the irresistible antics of Lucy Maud Montgomery’s characters, Anne Shirley, Diana and Gilbert Blythe.

As a teenager, I became hooked on the readily available Harlequin romances, and the western stories of Zane Grey. What followed was a couple of decades where I read practically everything I could either buy or borrow.

This was my period of big name authors like John Jakes, Arthur Hailey and James A Michener and although I enjoyed the entertainment value of those novels, it was the romance writings of Danielle Steele, Nora Roberts, Rosemary Rogers and Kathleen E Woodiwiss who satisfied my emotional cravings. 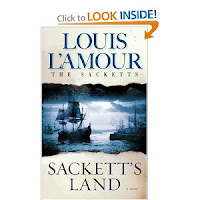 Ever the historical lover, I even read my husband’s Louis L’Amour collection. Nelson and I have always been a bit competitive and it was always a joke between us that he read Louis L’Amour while I read Zane Grey. Because of that, we’d been married at least a dozen years before I snuck one of his western books to read. Guess what… Louis L’Amour became another favorite.

At the time, the closest to inspirational fiction I read was Ruth, a novel by Lois T Henderson (Christian Herald Books) and Esther The Star and The Sceptre by Gini Andrews (Zondervan). These books were eye-openers for me because it was the first time I’d read where the author combined truth and fiction. Actually, that’s not true because both John Jakes and James A Michener did the same. But this time, the story was based on biblical scripture and it made me realize there were books out there that didn’t tout the sex and violence like the ones I’d been reading.

Christian fiction was hard to find and what followed was a time where I didn’t bother to read. I kept my hands busy with handcrafts like counted cross-stitch, knitting and crochet both during my hours at home and during quiet hours at my job where I was a teletype operator on shift work with the Canadian Armed Forces (CAF).

After retiring from the CAF, hubby and I ran a commercial greenhouse for several years. I’m not sure if poking my fingers in the cold, damp soil contributed, but I found myself unable to hold the needles required in handcrafting. Unable to just sit and stare at the television, I once again turned to my favorite pastime – reading.

It was the early 90’s and I stood staring at the shelves in my local library, wondering what to read. The huge tomes of my yesteryear no longer interested me—probably because my fingers couldn’t grip them. So, I settled on the ones that had emotionally satisfied me all those years ago – the Harlequins – but oh, there were so many lines to choose from now.

Still, I chose the ones from lines I’d read and liked before—Harlequin Romance, SuperRomance, and newer American Romance and Silhouette Special Edition. As a natural progression, I began to collect books by those authors who touched my heart like Brenda Novak, Christine Rimmer, Darlene Graham, Judy Duarte, and Debbie Macomber.

My first love – the historicals – called to me and I discovered Lavyrle Spencer and Mary Balogh followed by Harlequin Historical authors Cheryl St John and Victoria Bylin. 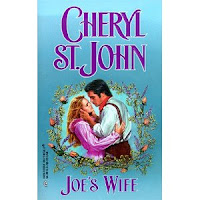 And surprisingly, Harlequin now had an inspirational line as well – Steeple Hill. So, I read all the Love Inspireds in my small local library and couldn’t’ve been happier when the line expanded to Love Inspired Suspense and then Love Inspired Historicals.

I realized that some of my favorite ‘secular’ authors were actually Christians. Some wrote for Steeple Hill, like authors Kate Welsh, Linda Goodnight, Cheryl St John and Victoria Bylin. And others were lights shining in a secular darkness, like Debbie Macomber, Linda Windsor and Judy Duarte.

While perusing the library shelves, I found other inspirational authors like Janette Oke, Dee Henderson and Lori Wick who’d been quietly offering their stories in Christian bookstores which I didn’t frequent at the time. And more recently, I’ve discovered fascinating stories by MaryLu Tyndall, Mary Connealy, Janet Dean, Cheryl Wyatt and Julie Lessman.

And after hundreds of books, I’ve come to the conclusion that my favorite books aren’t all about redemption, salvation or forgiveness, but they all leave me with the satisfaction of knowing there is hope for everyone to find love. My favorite authors all write in my favorite genre of romance with a Happily Ever After (HEA). Some are Christian and some aren’t, but all have the ability to put a hitch in my chest as I read their stories.
Other than those I’ve spoken about, there are too many names to mention, but suffice to say if you write for any of the Love Inspired lines, you’re probably on my list of favorites. And, if I’ve ever told you that you’re one of my favorite authors, you really are… it’s just that there’s so many of you.

Readers… can you put a number on your favorite authors? Or are you like me, with so many you can’t choose just a few? I mean, how do you choose between Zane Grey and Louis L’Amour?