GETTING THERE by Beth Shriver
When your sixteen year old takes their first drive alone, you worry. It’s not something that can be avoided. No matter how much prayer, forethought, teaching and words of wisdom, you are concerned. And until that car enters your driveway again you have thoughts of police cars, ambulances and sirens. It’s just a fact of life when you’re a teen parent.

My son had a friend over and they wanted to rent a movie. They of course wanted my daughter to take them instead of me. The un-cool mom verses the cool teenager. I agreed as long as my son’s friend had permission from his parents, and they were home before curfew. Both were promised but neither followed through.

The call came twenty minutes later. As the youthful voice of a paramedic began to explain that my teenagers had been in an accident. As I pulled on a sweatshirt I said a quick prayer, grabbed my shoes and ran out the door. I got out and walked past the mangled, mesh of metal that had just held both of my children. When the Paramedic walked with me to the ambulance I saw my daughter crying as she stepped down and onto the street. We embraced as she told me about the pain in her jaw. The boys were shook up and had a few scrapes, my son from the impact of the airbag, and his friend from the seatbelt over his lap.

After the trip to the emergency room it was discovered that my daughter had a broken jaw and would need to see a specialist concerning further treatment. It still seemed so unreal to me, I didn’t believe this had actually happened.

Although she is a good driver, nothing makes up for experience like an accident will, and did in her case. She had misread the light and thought she had the right away and made an illegal left turn. Fortunately the other driver was a kind man and told her his own daughter had done the same thing to her car within weeks of obtaining her license.

That night made us realize how quickly your reality can change in one split second. We count our blessings that the accident didn’t seriously hurt any of the people involved, it could have been so much worse.

I’d like to say that things got better with my daughter but the road to adulthood has been long and hard. I can remember back when I was in middle school and I first read Are You There God? It’s Me Margaret. The book identified with how I felt, self-conscious, uncertain and full of questions. Not only was my body changing but my emotions were as well. My parents didn’t talk about these things, like most in that generation. Certain subjects were taboo, leaving us to ponder the sudden outbursts of tears and the bodily symptoms of becoming a young woman. I do recall talking enough with my mother to find out the basics but it wasn’t near what I discussed with my own daughter. I can still remember her asking when the change would happen to her, I told her not to be in a hurry. 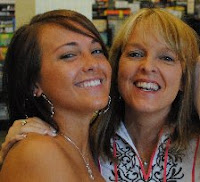 My daughter is now nineteen and finally growing into a young adult, but it’s been tough getting there. Our move from Denver to Dallas was difficult, and as I look back my daughter had the hardest time adjusting. We went from a laid-back outdoor life-style to a fast-paced indoor existence. To top if off my girl has always been independent and out-spoken which didn’t help when meeting with principals and police officers. A lot of other teens were doing the same things but she was always the one who got caught. That brought out the judgmental parents who viciously brought her down. Talk about learning humbleness. I quickly learned to stop saying, “Don’t hang around with so-and-so.” And in my Moms in Touch group one of my consistent prayers was for my daughter to get caught. She knew I prayed this and asked me to stop. “It isn’t fair,” she’d say, “Pray for the others to get caught too.” Oh, how I wanted to, but what kind of an example would that be? And what a testament to prayer for my daughter to see, she obviously knew my prayers were heard.

She has settled down but still occasionally makes a bad choice, but then we all do, we just aren’t all held accountable. God has given me a peace about her that I cling to when we hit another bump in her growth process. That sense of peace is what gets me through, thus the title of my devotional, Peace for Parents of Teens (click to watch the video).  I originally wrote them for myself, as I was unable to find a devotional that dealt specifically with teens and parents, but was encouraged to continue writing them from other parents, and ended up completing a year of devotions.

What I want parents and teens to glean from my devotional is that they are not a bad parent and their teen isn’t a bad child. If we go there, Satan has us where he wants us, feeling as if we’ve failed and our teenager has as well. God only gives us what we can handle, what our teen can handle; we can get through the trial if we depend on Him to see us through.
~*~ 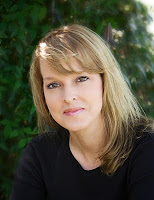 Beth Shriver  has received high accolades for her imaginative storytelling and insightful books. She presently has four books contracted for release: Annie’s Truth, Peace for Parents of Teens, A Case of the Heart and Love at First Flight. Beth judges for the RWA Golden Heart, NTRWA Great Expectations, Reflections contests and critiques for the Annual Round Table for the NTRWA writers group. She is involved with national and local writers groups: American Christian Fiction Writers, Dallas Fort-Worth Ready Writers, Romance Writers of America, and the North Texas Romance Writers
Beth Shriver received a Bachelors Degree in Social Work from the University of Nebraska. She worked as a case worker for Boulder County Department of Social Services before starting a family. Beth freelanced for local papers in her area and wrote columns and devotionals for magazines. She has two children, and two cats that keep her company when she writes. Beth currently lives in Texas after a career move from Colorado. She writes in a variety of genres in both fiction and non-fiction.

Watch an interview of Beth and her daughter by clicking here.

Peace for Parents of Teens is for parents as their teen begins to discover their own identity. When going through this time, parents want to find comfort letting them know God is in their midst. These devotionals provide unconditional peace of mind. Each week has a topic. Each day of the week there is a verse of encouragement, a question, and a prayer that you can pour over your child. That nugget of peace will help get you through knowing you've covered your teen with hope. A tie-in paragraph addresses some of the struggles teens are dealing with today.

Buy a copy today at Amazon, Barnes&Noble, ChristianBook.com, or Sheaf House.
Posted by Unknown at August 03, 2010