A Novel Approach to the World: Character Development 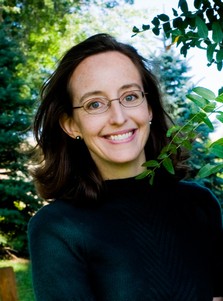 As I’ve been working at writing, the thought occurred to me that many of the things that make a good novel also make a good life. Curious? It’s not that hard to believe because a novel, after all, is only an author’s attempt to try to create a fictional reality. And there are only a certain number of tools a novelist can use in which to do it. Tools like character development, plot, setting, and theme.


Let’s examine this idea starting at the same place I start all my books: with character development. A book can succeed or fail on the strength of its characters, in the way they leap off of—or stick to—the page. Are they vibrant and authentic or do they feel like cardboard cutouts? The goal is always to create characters that feel real. So what life lessons about character can be learned from the novel?

Real characters are created from the inside out. They’re not stereotypes. Stereotypes are nothing but a handful of external characteristics thrown together to extrapolate a person. They’re derived from formulas like this: green eyes + red hair = spunky; dark eyes + dark hair = temptress; brown hair + freckles = girl-next-door. The problem with a stereotype is that there’s no substance beneath the description; a stereotype doesn’t have enough within her to support the weight of a story. And stereotypes have nothing new to say. They aren’t interesting because we already know exactly who they are and exactly what they’re going to do. They’re artificial. They’re boring.

Real characters are true to themselves. They might not know exactly who they are when their story begins, but they hold closely those few things that they know to be true. If, as women, we’re so busy trying to be perfect on the outside and fit everyone’s conventions (see above), we have no time left over for God to make us perfect on the inside. God doesn’t care who looks like the perfect model wife, mother, or daughter. He cares about who has the right heart. Judy Garland once said, ‘Always be a first-rate version of yourself, instead of a second-rate version of somebody else.’ The best way to honor God is to be the best at being yourself. You are the only one who has the chance to be the best at being you. No one else can ever come close.

Real characters think their own thoughts. Only robots speak without thinking and only parrots repeat, ad nauseum, the things that they’ve been told. Real characters process their thoughts and own their beliefs. Most of the four and five-hour dinners I attended when I lived in France were fueled by discussion. When my French friends asked me what I thought about something, they assumed I had something interesting to say about it. The French are fascinated by thoughts because they reveal the person. Your thoughts tell others how you look at the world, how you look at them, and how you see yourself. And the suppleness, the agility, the complexity of your thoughts announce how comfortable you are with thinking.

Most time-tested, classic novels are built on characterization. But character is just as important in real life as it is between the pages of a book. You are the main character in your own life’s story. So leap off the page!

Real characters: Go forth and be one!

~~~~~~~~~~~~~~~~~~
Siri Mitchell is the author of nearly a dozen novels, among them the critically acclaimed Christy Award finalists Chateau of Echoes and The Cubicle Next Door, and the ACFW Carol Award finalists Kissing Adrien and Love’s Pursuit. A graduate of the University of Washington with a degree in business, she has worked in many different levels of government. As military spouse, she has lived in places as varied as Tokyo and Paris. Siri currently lives in the DC-metro area. 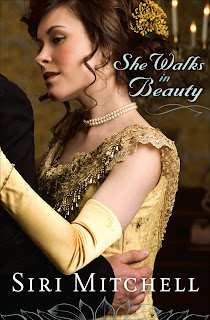 The game is played amid banquets and balls.The prize is a lifetime of wealth and privilege.The rules will test friendships and the desires of a young woman's heart.Clara Carter is the social season's brightest star...but at what cost?

For a young society woman seeking a favorable marriage, so much depends on her social season debut. Clara Carter has been given one goal: secure the affections of the city's most eligible bachelor. Debuting means plenty of work--there are corsets to be fitted, dances to master, manners to perfect. Her training soon pays off, however, as celebrity's spotlight turns Clara into a society-page darling.


Yet Clara soon wonders if this is the life she really wants. Especially when she learns her best friend has also set her sights on Franklin De Vries. When a man appears who seems to love her simply for who she is and gossip backlash turns ugly, Clara realizes it's not just her marriage at stake--the future of her family depends on how she plays the game.


~~~~~~~~~~~~~~~~~~
Today's post was the first in a series by the wonderful Siri Mitchell. If you would like to be entered in a drawing for Siri's 2010 Carol Finaling novel, Love's Pursuit, please leave a comment with your name and email address in a safe format with spaces or brackets. Winner will be chosen on Sunday at random by Dina.
Posted by Dina Sleiman at November 03, 2010