GINA HERE :: When I was complining my list of Christian fiction with international settings, author Jo-Anne Berthelsen introduced me to Ark House Press. Boy oh boy, do they publish some fascinating books. One really caught my historical-romance-loving eye: THE GAME by Amanda Deed. Well, I figured why not introduce this fabulous book and Australian author to y'all. Thus I asked Amanda if she'd be interested in guest blogging. Here she is....
La Australia del Espíritu Santo
by Amanda Deed

So, Amanda, we understand why you might want to write romance, but why historical romance? Isn’t that a lot of work with all the research you have to do?

Yes, but I love to escape into the ‘olden days’ when propriety and gallantry were still important. And, once I get into the research, the things I learn just make me love it that much more. Especially when it comes to Australian history.

Originally called “Terra Australis” (the unknown land of the South), Australia was only mapped by guesswork until Captain Pedros Fernandes de Queirós sailed our coasts in 1606. He renamed the land “La Australia del Espíritu Santo” (the southern land of the Holy Spirit). To those of us with a Christian faith this is more than significant as it tells us the foundations of our nation were dedicated to God in what some call a prophetic name.

Almost two hundred years later, Australia was settled by the English. Although we had a rough start as a dumping ground for England’s overcrowded prisons, there is much in our heritage we can be proud of. That kind of heritage is what I am passionate about bringing out in my novels.

There is Mrs Caroline Chisholm, a woman who devoted her talents to God and became an advocate for women’s rights and an aid to immigrants in the 1800s. She was no less than an inspiration!

Another favourite is Rev John Watsford, a Weslyan minister and popular among the churches around Sydney. His personal memoirs, Glorious Gospel Triumphs: as seen in my life and work in Fiji and Australasia, are both stirring and humorous. Here is a snippet for you: "I prayed, and then my two friends prayed, and oh! the power of God that came upon the people, who were overwhelmed by it in every part of the room! And what a cry for mercy! It was heard by the passers-by in the street, some of whom came running in to see what was the matter, and were smitten down at the door in great distress. The clock of a neighbouring church struck twelve before we could leave the meeting. How many were saved I cannot tell. Day after day and week after week the work went on, and many were converted."

And of course we have the 800 Light Horsemen, who took the wells of Beersheba in a desperate charge during WWI in 1917. God gave them a miraculous victory against all odds. It opened the way for the liberation of Jerusalem a short time later.

The list of Aussie heroes is long, varied and is food for many great stories to be told or novels to be built upon. That is an adventure I am looking forward to!

My next historical romance, tentatively titled Jacksons Creek is set around the Victorian gold-rush and an event called The Eureka Stockade. At the time it was seen as a rebellious uprising of diggers (miners), but is now viewed as an important development in Victoria’s governmental history. I have learned some fascinating history and of course had immense fun weaving a romance around that setting. Keep an eye out for it in late 2011! 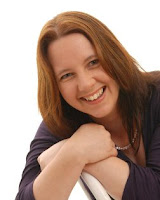 Amanda Deed grew up in Melbourne in a Christian home, where she found faith at an early age. At fifteen, she became involved in the church worship team, which lead to a desire to serve the Lord through music and worship. At twenty-three, she had the opportunity to tour Australia with a worship band—an unforgettable experience.
In 2000, Amanda and her young family moved to Darwin for five years, where she served further in music ministry. This sometimes took her into beautiful and remote areas of Australia, and opened her eyes to the miraculous ways God can move.


It was during this period that Amanda began to seriously pursue a passion for writing. In 2009, her first novel The Game was published, and in 2010 it won the Omega Writers CALEB Prize for fiction.
http://www.amandadeed.com.au/ – website
http://amanderings.wordpress.com/ – blog
www.facebook.com/pages/Amanda-Deed/109713289081860 - Facebook page

Mr Jonathon Fordham, the most eligible bachelor in Sydney and heir to a noble title in England, treats matters of the heart like a game. Living in the newly forged Australian Colony in 1844, Jack Fordham buries his past beneath an indifferent facade. In spite of his rakish reputation, Jack’s dashing smile and suave flattery would melt any woman’s heart. Any that is, it seems, except for Miss Margaret Wingrove.

The beautiful governess is strangely unmoved by the nonpareil’s many attractions, nor his beguiling charm. When Meg does not fall into his arms as he presumes she will, his game of pursuit begins in earnest.

As Meg continues to resist his advances, Jack’s determination to win her intensifies. But can he risk exposing his true heart to find the love he desires before his game unravels? And can he embrace, or will he simply deny the obstacle which stands between them…her faith?

http://www.arkhousepress.com/ – purchase a copy of The Game.