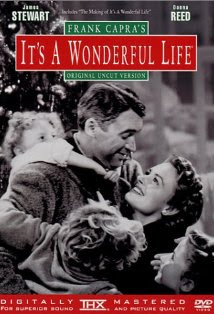 Christmas season is extra “wonderful” in the Finger Lakes region of upstate NY. The idyllic town of Skaneateles hosts Dickens Weekends in December, with costumed participants roaming the streets while shopkeepers and strolling carolers welcome shoppers and big fluffy snowflakes too. If you love a Victorian Christmas, watch for my post Prince Albert is to Blame coming Dec 21. But enough advertising . . .
Today's HISTORY post is all about The Real Bedford Falls.
Do you love "It's A Wonderful Life"? The movie is based on “The Greatest Gift,”

Cover via Amazonwritten by Civil War historian Philip Van Doren Stern. The story goes that Stern got the idea while shaving one morning in 1938, shopped it around with no bites, and later decided to just send the story out with his next Christmas card mailing. Somehow the story ended up before movie producer Frank Capra.

It was the story I had been looking for all my life! A good man, ambitious. But so busy helping others, life seems to pass him by. Despondent. He wishes he had never been born. He gets his wish. Through the eyes of a guardian angel he sees the world as it would have been had he not been born. Wow! What an idea. The kind of idea that when I get old and sick and scared and ready to die -- they'll say, 'He made The Greatest Gift.' -Frank Capra


Capra jumped on the idea for a movie and was in New York City in November 1945 trying to talk Jean Arthur into the female lead. From there he supposedly left to visit his aunt in Auburn, NY, and likely would have traveled up through Ithaca and Seneca Falls. A barber in town, Mr. Bellisima, recalled a discussion about family roots in Italy, with a man named Capra and didn’t realize a ‘celebrity’ was in his shop until the movie came out. 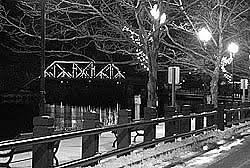 This isn't a scene from the movie, this is Seneca Falls N.Y. What do you think?

It’s quite possible Capra crossed the steel bridge and caught sight of a plaque honoring Seneca Falls resident Antonio Varacalli. In April 1917, this hero dove into the icy canal waters to rescue a girl attempting suicide. Varacalli saved her but he was overcome by fatigue from the rescue and drowned. If the town fit the setting Capra had in mind, then the bridge and this story would have sealed the deal.
So little Seneca Falls NY claims the title “The Real Bedford Falls” based on a lot of ‘evidence’—debatable, sure, but who wants to argue with so much good feeling? 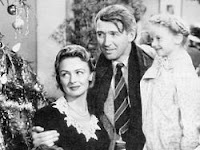 Karolyn Grimes, the movie’s ZuZu comes each year to lead the festivities when Seneca Falls hosts the “It’s a Wonderful Life” Festival. "Zuzu" has her own amazing story and spreads cheer and encouragement year round, and I’ve enjoyed meeting her in person.
Last year I went to the cinnamon-bun eating contest hosted by the Spencer and Galloway familes at ZuZu's Cafe. Please check out links below for all the activities available. This year's celebration is Dec 10-12, but Seneca Falls welcomes visitors all year as it's also the home to the National Park Service as the Birthplace of Women's Rights. Come and visit the Finger Lakes. We love tourist dollars! 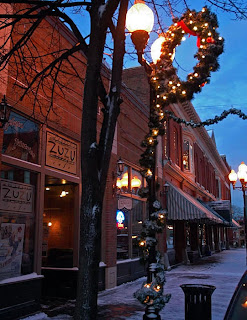 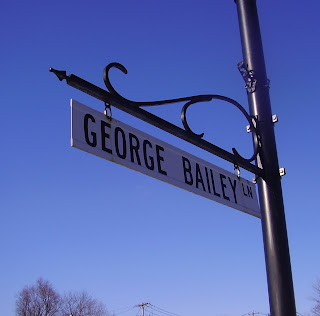 Above, "It's A Wonderful 4k Run" breaks across what has become known as the George Bailey Bridge. Also, a view down Main Street . . .

Thanks for sharing some of the history of It's a Wonderful Life!