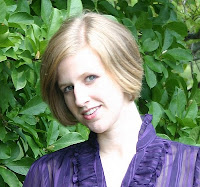 I've always been intrigued by the stories of dreams—you know the kind. The ones that get recorded, that come true, that sometimes need interpretations. Some are prophetic . . . some rewrite the course of history.

In my upcoming Biblical novel, Jewel of Persia, I combine the book of Esther with the history of the Greco-Persian War. This war was launched because of a series of dreams. Soon after ascending to the throne, Xerxes announced he was going to war, to pay Athens and all of Greece back for their disrespect of his late father. Everyone agreed with his decision except for Xerxes’ uncle Artabanas, who advised caution. Xerxes, already renowned for his temper, called the old man a fool. But that night he rethought it and decided his uncle may be right. He made up his mind to announce the change of plans to the court the following morning.

That night he had a dream of a handsome, fierce man who taunted him for turning away from the greatness he was called to. He dismissed the dream, announced the change of plans—and the following night dreamed of the man again, whose taunting was seriously disturbing this time. Terrified, he went to his uncle. He demanded Artabanas dress in the king’s robes, sit upon the throne, and then sleep in Xerxes’ bed, hoping he would be given the same dream. Artabanas told his nephew he was being foolish, but nevertheless indulged him–I mean, he was the king. You indulged him. ;-) Much to his surprise, Artabanas did indeed have the same dream, though the man (presumed to be their god) was not fooled about who it was sleeping in the king’s bed. He was in factso enraged with him for talking the king out of war that he came at his eyes with red-hot pokers.

And so, they went to war.

This dream isn't actually in Jewel of Persia, though Xerxes tells Mordecai all about it, and it's a well known fact within the palace. But I did add another dream. This one is a woman saying, "I dreamed last night that I will deliver a little girl when we get back to Susa."

Now, it took some courage for me to put this in. Why? Well, for the very reason her husband uses in reply. "I have never heard of a mother dreaming of a girl-child, either in the stories of your people or mine."

The mother replies with my reasoning for including it. "Why would you? History only records such things if the child goes on to greatness, and women matter little . . . you read the history of men. Women tell different tales."

Ever talked to pregnant women about whether they're having a girl or a boy before they get that 20-week sonogram? Sometimes they're clueless. And sometimes they know. How? A feeling, sometimes. But many I've talked to have said, "Every time I dream about the baby–which I started doing before I even knew I was pregnant–it's a girl." (Or boy, depending.)

Me being me, these stories had me so excited that when I was pregnant with my first, I second-guessed myself constantly IN my dreams! Totally useless gauge–I would actually hold the baby in my dreams and wonder, "Boy or girl?" Sometimes the gender would change mid-dream. Kinda frustrating. ;-) But with my second child, my dreams did indeed always feature a little boy, though I was afraid to admit as much, given my dreaming-indecision before.

But as I was writing this part in Jewel of Persia, it really hit me–women didn't just start dreaming about their kids in the last few years. If we do it now, we did it then. But why record it? What does it matter?

Historically, it doesn't. The men who wrote the histories would wave it away. But we . . . we tell the tales of women. We know.

Haunting and powerful are two words that come to mind at the close of reading Roseanna M. White s debut novel, A Stray Drop of Blood. Not since Francine Rivers Mark of the Lion trilogy has a book and its characters captured me so completely. From its rich, historical prose that depicts the era of Christ with startling reality, to a compelling love story that will both jolt and seize your heart, this is one of those rare novels that haunts you centuries beyond the last page. Amid the seething unrest of Roman tyranny and Hebrew uprising, a spell-binding saga unfolds, unleashing startling twists of both fate and heart that will leave you utterly breathless. --~Julie Lessman, author of A Passion Most Pure

So what are some of your memorable dreams? Have you ever dreamed of a child? A spouse? A significant event? Any historical dreams stand out to you? Or feel free to share a fun dream with us today.
Posted by Dina Sleiman at November 16, 2010