Blame it on Prince Albert

1837. The English loved their young Queen Victoria, but her mother? Not so much. She was German, a Saxe-Colburg, and many fretted about an increasing European influence on England when, in 1840, Victoria married her cousin Albert (Albert's father was Leopold, King of the Belgians). 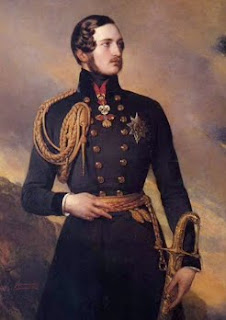 Albert brought change, a stringent morality for one thing, as well as the holiday customs of his homeland--the Advent wreath, St. Nicholas, and hymns such as Silent Night. The new royal family, after all, was able to sing it in its original German. Perhaps The Prince Consort's best-known Christmas contribution was fresh cut evergreen trees. The first royal tree was set up and decorated at Windsor Castle in 1841. Within a few years, illustrations of their trees were published in London and New York. The practice had already come to the United States with German immigrants, but did not become widespread until it became ‘fashionable’. 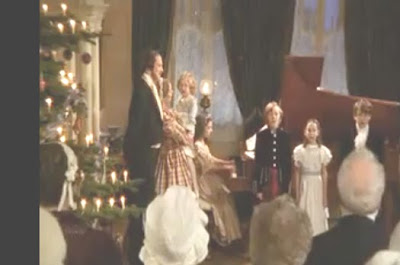 Interest grew among the wealthy first, and over the next decades, nurseries began to grow trees specifically to supply this new market. (The 'monied' were also behind the darling 'new' practice of sending illustrated Christmas cards.)

Prior to this, Christmas was a quiet day celebrated with a church service and for some, a special meal. It was not considered a holiday until well into the industrial revolution when the new middle class began exchanging gifts and giving to the poor. Workers were given a day off. WooHoo! Factories made gifts affordable to all children and by the 1870s, Father Christmas began bringing gifts to children.

Of course, Victorian traditions grew out of the variety of established European customs. More on ‘Santa’ later. 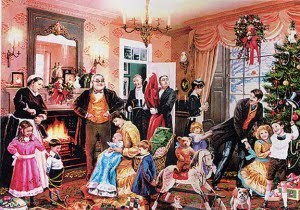 The Victorians' love of music prompted a renewal of medieval carols. New, light-hearted songs such as “O Christmas Day” and “I Heard the Bells” became popular when family and friends gathered in the parlor after their meal. From this grew the practice of Caroling, as it was already customary for families to travel from house to house at Christmastime and the New Year. Do you have your wassail recipe handy?

One special Victorian tradition that hasn’t thrived in the US is the Christmas Cracker, invented in 1847 by Tom Smith, a baker who started making a version of the French BonBon, a sugared almond wrapped in a twist of fancy paper. To stay ahead of his competition in later years, Tom decided to add little gifts inside the twist and most importantly, a way to make the package POP when opened. Experimenting for years, Tom finally found just the right chemical compound that was safe, yet would still deliver the needed bang. In 1860 he achieved success and with the popping mechanism added, orders were flying out the door, or should I say “business was booming”? 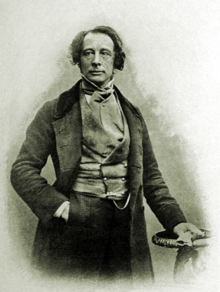 I can’t leave two other 19th century gentlemen out of this post. Most responsible for our notions of a Victorian Christmas is Charles Dickens and his serial story, “A Christmas Carol”.
Dickens' later described the holidays as "a good time: a kind, forgiving, charitable, pleasant time: the only time I know of in the long calendar of the year, when men and women seem by one consent to open their shut-up hearts freely, and to think of other people below them as if they really were fellow-passengers to the grave, and not another race of creatures bound on other journeys". Hmmm, I guess that hasn’t changed either.

Now, to 'round' out the holiday . . . Columbia University professor, Clement C. Moore, 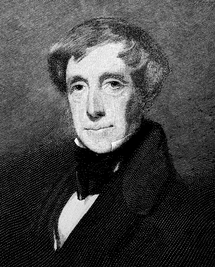 set the standard for Santa Claus when his poem “A Visit from St. Nicklaus”, written for his children, was anonymously published in an 1823 upstate NY newspaper. Please note this was before the Victorian era. His children included it in an 1840s anthology of his written works and the poem, better known as Twas A Night Before Christmas. set the standard for all 'right jolly old elves' to follow.

One hundred and seventy years later, our Christmas traditions are well-rooted in Victorian details. Thankfully, the ethnic flavors of our many cultures have only enriched the holiday. 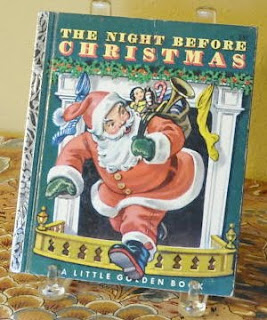 Somewhere a gentle holiday celebrating the gift of the Christ Child to a fallen world went kaflooey. Too much Santa and not enough Christ! Too much stress and not enough joy. I see a new trend of simplifying, slowing down the spending and commercialization.

How have you found a way to simplify, without giving up all the traditions you enjoy?

What family tradition can you trace back to your ancestors?

I wish you a peaceful, old-fashioned "Happy Christmas" this year and a chance to rediscover the joy of Christmas Past. 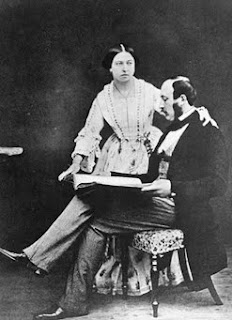