Tale of a Boy and a Girl

Once upon a time a little boy named Nelson Clement lived close to the big city of Toronto, Ontario, Canada. Although Nelson was too young to drive he already had his car of choice picked out. 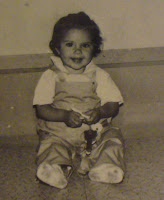 Hours to the northwest in logging camp #5 in Northern Ontario there lived a little girl named Anita Mae. At 7 months old she didn't know a thing about cars, but she liked playing with keys.

Since Nelson's father served in the Canadian Armed Forces (CAF), the family moved around a lot. At the age of 14, Nelson decided to try the military for himself and joined the Cadets. (Nelson is on the right.) 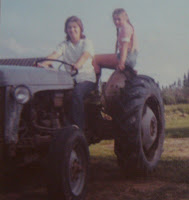 Meanwhile, 8 hrs to the northwest, Anita spent the summer at her grandparents farm. Just 2 months shy of her 13th birthday, she learned to drive Pappa's Cockshutt tractor and use it to pull the hay wagon and till the potato and turnip crops. (In the photo, Anita's younger cousin Joyce joins her for a ride.) 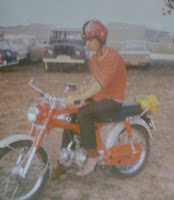 As a teenager living on a CAF base in Germany, Nelson was already onto his second motorcycle. He bought the Honda 50cc with his summer earnings as a base mainenance worker. 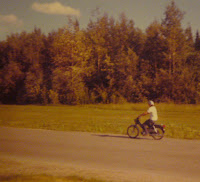 Although Anita's family had moved west to the city of Winnipeg, Manitoba, she missed the freedom of Northern Ontario. That summer, she went back for a vacation and spent hours driving around on her cousin's moped. 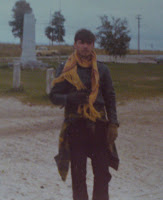 By the age of 20 Nelson signed with the CAF and was posted to North Bay, Ontario. Now the owner of a 750cc Honda, home was a long, hard 8 hr ride to the west. 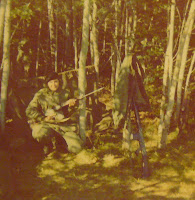 Meanwhile, Anita joined the CAF and celebrated her 18th birthday while at boot camp in Nova Scotia on Canada's east coast.

A member of the Military Police, Nelson competed in shooting matches while on duty and off. Whenever he wanted to escape the base routine, he took leave and made the long motorcycle ride back home.

Upon graduating boot camp and communication trades training, Anita was sent to her first posting at North Bay, Ontario. She arrived in March of 1976 and it wasn't long before a military policeman by the name of Nelson caught her eye. 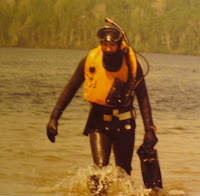 That summer, Nelson wooed Anita while showing off his adventurous side. This included scuba diving in the cold Lake Nippissing waters and taking her for a ride on his motorcycle. By September she was smitten and agreed to marry him.

A few months later Nelson and Anita were married in a military ceremony at Canadian Forces Base North Bay. A corporal by rank, Nelson wore his military uniform. Given the option of wearing her private's uniform, Anita chose to wear a wedding dress of white satin and lace handmade by a friend.

Today on December 20th, 2010 Nelson and Anita are celebrating their 34th wedding anniversary. Although Anita would love to anwer your comments as soon as they are posted, Nelson is taking her out of the area for a few hours. She'll tell you all about it when she returns. Meanwhile, please post your comments so she knows you were here on her special day.
Posted by Anita Mae Draper at December 20, 2010