by Anne K. Albert
December 27 is typically a quiet day at my house. We’ve opened the gifts, eaten what seems like pounds of turkey, savored the Christmas pudding, and cherished visits with friends and family. This year, I plan to spend the day a little differently. I’m taking my 87-year old mother and 27-year old daughter to a quaint little boutique restaurant for lunch. Just us. No one else allowed. Odds are that us being us, (three pretty amazing women if I have to say so myself!), we’ll say or do something to make today memorable and thereby provide each of us with a special memory of this day, however fleeting.

A recent “60 Minutes” television program featured individuals who possess what is called Superior Autobiographical Memory. Unlike the vast majority of people, they remember each and every day of their life. IN DETAIL. In fact, by just recalling a past event, they relive the exact emotions they felt that day. Again, they do so in vivid detail. Truth be told, I’m uncertain if I’d like to experience that. Still, thanks to the wonders of modern technology, via an Internet search, I’m able to select some pretty memorable events from December 27s of the past. For instance, did you know…

On December 27, 1845 in Jefferson, Georgia, ether was first used to ease the pain of childbirth.

The story of Sherlock Holmes “Adventure of Blue Carbuncle” takes place on December 27, 1887. 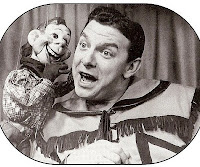 On December 27, 1945 the International Monetary fund was established, as was the World Bank.

On this day in 1953 the Detroit Lions beat the Cleveland Browns 17-16 in NFL championship game. 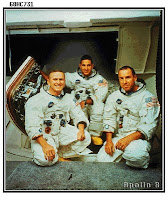 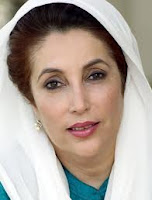 This day marks the death of Benazir Bhutto who was assassinated by a bomb blast in her native Pakistan on December 27, 2007.

Events, of course, need not be earth shattering to be memorable. They can be quiet. Reflective. Even somber.

So, enjoy this day. If possible, spend it with those who matter most in your life. I am.
I wish you and yours a very memorable December 27, 2010, along with a healthy, prosperous and happy new year. God bless.
~*~

Anne K. Albert writes romantic suspense stories that chill the spine, warm the heart and soothe the soul...all with a delightful dash of humor. Her debut novel, DEFENDING GLORY, first of the Piedmont Island Trilogy series, is available now in e-book format and print. For more information or to contact Anne, visit her website or blog.

DEFENDING GLORY
Suffering from survivor's guilt and unable to resume his career with the FBI, Mac McKeown moves to northern Minnesota to start over as a general contractor and forget that fateful day that changed everything. When he discovers the body of his nemesis on Glory Palmer's property, along with a warning for her to leave while she still can and abandon her dream of building a Christian retreat, Mac realizes his past has come back to haunt him and an innocent woman's life is in grave danger. He vows to keep her safe during construction of the retreat... but how will he protect his heart?
Posted by Unknown at December 27, 2010