SHELTER OF THE MOST HIGH By Connilyn Cossette, TWO REVIEWS! Reviewed by Kim and Rebecca 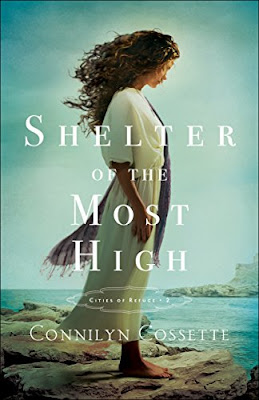 Two reviews today. We love our reviewers and the way they look at books and bring them to us. We often have a book reviewed by more than one person. Why? Because each reviewer brings so much to the page. Here's what Rebecca and Kim thought of this newest release from Connilyn Cossette! 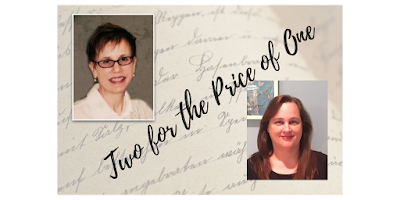 Everything about this book, starting with the cover, is just beautiful! Connilyn Cossette has such a gift for biblical fiction! This is the 2nd book In the Cities of Refuge series. It can be read as a stand-alone, but I highly recommend reading book 1, A Light on the Hill, because it tells the whole story of Moriyah, Darek, and Eitan. I love the concept of this series. We don’t know a lot about the cities of refuge,from Joshua 20 in the Bible, so it is fun to read Connilyn’s take on what these cities might have been like.

I really liked that both Moriyah and Darek are featured prominently in Eitan and Sofea’s story. And of course, I loved seeing the grown up version of Eitan! The romance between Eitan and Sofea was very sweet. I liked the unexpected twists and turns in the story too. But, my favorite parts of the story are how Sofea and Prezi, through Eitan and his family, learn about Yahweh. This story shows God’s love and mercy and grace. I loved watching both Sofea and Prezi realize how great our God is, and how you aren’t truly alive without Him. Prezi actually sums it up best when she tells Sofea, “But somehow, through these people - through their God, through their beautiful ways- I came to life again. In truth, I feel like I was never truly alive before now.”

I really enjoyed this story and am looking forward to the next in the series!

*I received this book from the publisher.

And now, Rebecca's review:
"The Almighty Creator spoke your being into existence. How could you be anything less than precious?"

The daughter of a pagan high priest, Sofea feels anything but precious, as the life that she has always known near the sea, albeit violent and gruesome at times, is stripped away without so much as a whispered good-bye. Kidnapped by violent pirates, Sofea and her cousin Prezi survive a brutal escape, only to find themselves tossed upon the shores of a distant land. Who are these people who claim to worship the one true God? And what kind of man showers a foreigner with such infinite kindness?

As Sofea and Prezi recuperate within the walls of the Hebrew city of refuge known as Kedesh, Eitan and his family become quite attached to the two young women who have obviously experienced severe trauma. His own family has suffered as well, being known as man slayers and thus prohibited from traveling more than a short distance beyond the city gates. Eitan's grief over his mistake as a young boy still shadows his existence, while his uncle's vow of revenge thwarts Eitan's efforts to defend his fellow Israelites. Rather than wielding fine weapons in the heat of battle, he is resigned to remain behind in the city to craft them . . . . until a traitor is discovered among those he holds dear, including Sofea.

Captivating from beginning to end, Connilyn Cossette gifts her readers with ancient biblical history, cultural mystery, and the kind of hero who declares with certainty,"I will never stop fighting for you". All within "the shelter of the most high".

*I received a copy of this book from the publisher. The opinions stated are entirely my own.


Back Cover Blurb:
The daughter of a pagan high priest, Sofea finds solace from her troubles in the freedom of the ocean. But when marauders attack her village on the island of Sicily, she and her cousin are taken across the sea to the shores of Canaan.

Eitan has lived in Kedesh, a City of Refuge, for the last eleven years, haunted by a tragedy in his childhood and chafing at the boundaries placed on him. He is immediately captivated by Sofea, but revealing his most guarded secret could mean drawing her into the danger of his past.

As threats from outside the walls loom and traitors are uncovered within, Sofea and Eitan are plunged into the midst of a murder plot. Will they break free from the shackles of the past in time to uncover the betrayal and save their lives and the lives of those they love?