SEARCHING FOR YOU by Jody Hedlund, Reviewed by Winnie, Susan and Paula! 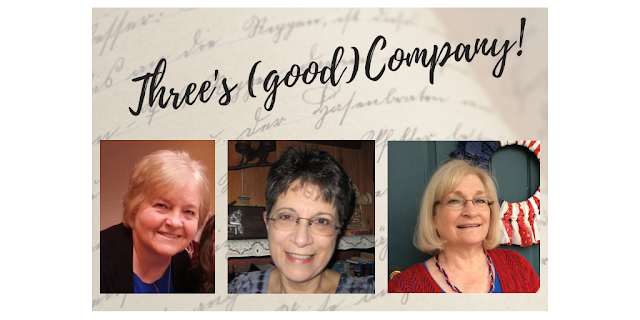 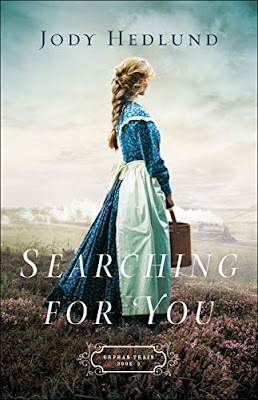 What a wonderful wrap-up to the Orphan Train series by Jody Hedlund! I’ve loved meeting all these characters and learning more about the history of the orphan trains and their part in our nation’s history. The richly painted settings in both New York City and Illinois in the 1850s intrigued me and made vivid backdrops for the story. Both the main characters and the secondary ones in this series were masterfully created and came alive in my mind.

Hedlund added just the right touches of intrigue, suspense, romance, and inspiration to keep me turning pages and entrenched in the book, while the sweet messages of redemption, forgiveness, and mercy added another dimension to the story. Although the main characters in this story were Sophie and Reinhold, appearances of characters from the other books in the series gave a glimpse of what was going on in their lives and were a fun addition.

Hedlund’s distinctive historical detail and brilliant story-telling have earned these books a place on my keeper shelf. I’m looking forward to another great series in the future.

Susan's review:
'Was there a chance that God could make something of the messes she'd made?'
Jody Hedlund ends her Orphan Train series with this novel and in my opinion, it's the best yet! What a great finale. This one concerns the youngest Neumann daughter, Sophie. She has been on the run in 1850s New York for a while now. She continues to care for the two younger orphans, Nicholas and Olivia, determined to keep them with her. When she gets involved with a gang member and things turn sideways, Sophie must leave town immediately or something horrible may happen to her.
She disappears with Nicholas and Olivia on an orphan train heading west, but can she find a safe and happy life there? She faces an impossible situation in Illinois when the orphans will be placed in new homes. But she also discovers a familiar face she never expected to see.
Reinhold Weiss, formerly from New York, has finally bought his own farm in Illinois, but his debts are many and he works from sunup to sundown to make it. Reinhold also has a past that haunts him daily. He is not ready to give his heart away to anyone, but will he say no to a long lost friend who desperately needs his help?
The blurb on the back cover reads in part: 'Her search for a place to call home leads her to the last place she ever expected.' That resonates within me because, as believers, God often does things in our lives that we least expect, but always brings the best results. I've experienced it in my own life and it's wonderful. Sophie never expected things to go the way they did in this book; she expected something entirely different. She never thought her life would be anything but a constant hardship. But God had other plans for her.
Jody Hedlund has definitely ended this series in the absolute best way. You can see God's hand all over the pages of this book. I was captivated. Some of her very best work is here. Highly recommended.
*My thanks to the publisher and author for a copy of this book. All opinion stated here are entirely my own.

This one is the third book in the Orphan Train Series, and I highly recommend that you read this whole series as a group for an enjoyable, educational experience.

This book focuses on Sophie Neumann, the youngest sister of the Neumann family. It also deals with what happened to orphans after they were placed in a home in the 1850’s.

The journey is a long one for Sophie. She has experienced all kinds of hardship after her sisters have left New York City. She has fought to keep two small children, Olivia and Nicholas from the evils of harsh city life. Sophie is the only mother they have known since they became orphans.

The “searching” means different things to each character. Sophie’ sisters, Elise and Marianne are searching for her. Sophie is searching for peace and security for the children and herself. Rienhold is searching for a way to be self sufficient and a way to break free of the stigma of memories of his father’s temper. They are all searching for what God has for them. Can they trust that God has everything under control and that He knows best?

This is a fitting conclusion to the Orphan Train trilogy. You can count on Jody Hedlund for a sweeping storyline and great historical detail. She pens characters with flaws that we can identify with. The faith element is such that all can reap the spiritual truths in her books.

The romantic matchups exhibit the uncertainty and lack of confidence that can creep into relationships. Ms. Hedlund shows that honesty is something to be sought in any family connection and that reliance on God is a key to harmony.

Despite years on the run, Sophie Neumann is determined to care for two young children. She won't abandon them the way she thinks her older sisters abandoned her. But times are growing desperate, and when she falls in with the wrong crowd and witnesses a crime, she realizes fleeing 1850s New York is her only option.

Disappearing with her two young charges into a group of orphans heading west by train, Sophie hopes to find safety and a happy life. When the train stops in Illinois for the first placement of orphans, Sophie faces the most difficult choice of her life.

Reinhold Weiss has finally purchased his own small farm. With mounting debts, a harvest to bring in, and past scars that haunt him, he's in no position to give his heart away . . . but can he say no when his long-lost friend shows up on a nearby train pleading for his help?