TAKEN IN TEXAS by Susan Sleeman, Reviews by Trixi Oberembt and Susan Snodgrass 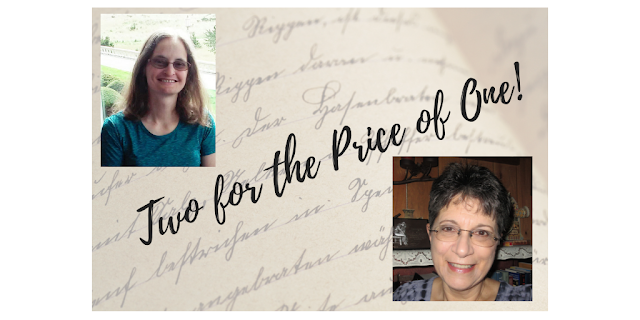 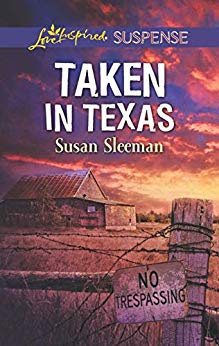 Trixi's Review:
Kendall has always tried to prove herself more capable than what her brothers or dad see her as and getting the detective job is a good starting point. This is the first test of what could be a new career for her. She's competent and level-headed, if only others around her would quit treating her like the little sister and girl they still view her as. Going off half-cocked puts her in danger when she sees the abductors face. Ex-boyfriend Cord becomes concerned when he can't get a hold of his Aunt Eve. Driving from Houston to her property, he runs into Kendall knocked out cold on her kitchen floor and his aunt nowhere in sight. After the shock of seeing each other wears off, they must work together to find his Aunt before it's too late! Add to the mix, his own nephew whom he has guardianship of, and the danger factor ramps up. Can they find enough clues to rescue Eve before it's too late?


Definitely a page turner and plenty of thrilling action to keep the story moving! It left me trying to piece the clues together along with Kendall and Cord. As for the romance, there were reasons they never made a go of it years ago and trying to work past those feelings is a challenge they aren't sure they are up to.  He has plenty of guilt and self-blame to overcome, and she has a drive to prove herself that often distorts her logic and puts her in danger. It's interesting to watch the character growth in these two. Learning to let go of things and place them in the Lord's hands isn't always easy, but must be done in order to move on in life. These two learn that lesson the hard way it seems! Another great suspense and riveting conclusion to the McKade family series. I will miss this clan of law enforcement agents, they became like my own! I can't wait to see what's next from Sleeman, it's always a guaranteed thrilling suspense story.

*I received a complimentary copy from the author and was under no obligation to leave a favorable review. All opinions are my own. *


Susan's Review:
'You can't claim responsibility for someone's death without also claiming to have power over life and death. You don't have that. Only God does.'

Susan Sleeman takes her readers for quite a thrilling ride on this last in her McKade's Law series . In my opinion, this is the best! This one features Kendall McKade, who is on her first case as a deputy sheriff in Lost Creek, Texas. A missing senior citizen turns out to be the aunt of her ex boyfriend, Cord Goodwin. When she surprises an intruder at the woman's house and is hurt, Cord shows up looking for his aunt and finds her unconscious on the floor. Cord now must find his aunt, keep Kendall safe and also mend his relationship with his new orphaned nephew, who he is adopting. Kendall broke up with Cord because he was so controlling, but now she must depend on his for someone is targeting her.

Sleeman is at her best here, giving us more than one mystery, springing surprises along the way and teaching us a very valuable spiritual lesson. Those wonderful lessons is something she does in every book and it's quite good here. I thoroughly enjoyed this one and highly recommend it. Now I look forward to what Susan Sleeman will bring her fans next. It's sure to be good!

*My thanks to the publisher and author for a preview copy of this book. A positive review was not required and the opinions expressed here are entire my own.