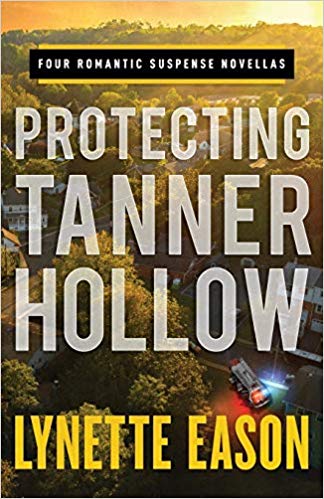 NICOLE'S REVIEW:
Award-winning author Lynette Eason takes readers on a fast-paced, adrenaline-filled ride through the small town of Tanner Hollow in her latest romantic suspense novella collection, Protecting Tanner Hollow. The first three novellas were previously published as e-books by this author (Lethal Homecoming, Lethal Conspiracy, and Lethal Secrets), so readers will love how these stories come together in this fantastic collection. Since the novellas primarily take place in the town of Tanner Hollow, several of the characters have appearances in multiple stories in the collection, which makes the novellas more enjoyable to read.

The addition of Lethal Agenda, the highly anticipated story of Derek St. John from Lynette Eason’s Blue Justice series, makes this novella collection a must-read for fans of the St. John family. I was thrilled when I found out that Derek St. John would be getting his own story. As a huge fan of the Blue Justice series, I would have preferred for Derek’s story to have been told in a full length novel, but Lethal Agenda does provide an extremely satisfying conclusion to the Blue Justice series.
*I received a complimentary copy of this book from Revell and was not required to write a positive review. All opinions expressed are mine.

PAULA'S REVIEW:
Protecting Tanner Hollow by Lynette Eason is a four novella collection. I have been a fan of Lynette Eason for quite a while. I frequently say I will read anything she writes.

This collection did not disappoint!

LETHAL HOMECOMING starts out with a very exciting scene and the suspense builds. Who wants Kallie Ainsworth dead? Her stepfather has died, but she isn’t a threat, or so she believes. Detective Nolan Tanner wants to ensure her safety and to keep her from being accused of murder. Ms. Eason keeps you guessing until the end.

LETHAL CONSPIRACY: Lillian Maloney sees something she shouldn’t and her life is in danger. Can firefighter Jason Tanner help find the evidence that conveniently disappeared? This was full of twists and turns and unexpected events to keep you on your toes. Then the pieces begin to fall into place.

LETHAL SECRETS: Honor McBride is running from her past and the mess her dead husband left for her to deal with. She seeks refuge in Tanner Hollow. All she wants is to live in peace in the house her great aunt willed to her. But someone wants to disrupt that peace. Eli Murphy helps her the minute she rolls into town with a flat tire. He seems to be there for her no matter the danger. Ms. Eason portrays a widow with five children with realism and heart as she ramps up the tension and confounds us with possible suspects.

LETHAL AGENDA is in my opinion the best of the bunch. I read the whole Blue Justice series earlier this year and was longing to see what brother Derek St. John’s story would be. I couldn’t be happier. Ms. Eason has a way of coming up with fresh ideas for criminals to harass and perplex their victims. I love the way Derek and Claire found each other again and how he protected her. The whole St.John family came together at Thanksgiving for their celebration of love and friendly chaos. It was the icing on the cake for the St. John family stories. I give this book 5 stars.
*A copy of this book was provided by Revell Publishers through Interviews and Reviews.i was under no obligation to post a favorable review. All opinions are my own.*

Back Cover Blurb:
Four nail-biting novellas in one!
Lethal Homecoming
Nolan Tanner never got over Kallie Ainsworth's sudden, unexplained departure. Now when he comes to her rescue after an attempt on her life, all the old feelings come rushing back.

Lethal Conspiracy
When professional fundraiser Lillian Maloney sees her father's campaign manager commit murder, she goes on the run from the men he hires to kill her. A close call brings firefighter Jason Tanner to the rescue, but the killer is closing in . . .

Lethal Secrets
Someone wants Honor McBride dead. When Eli Murphy helps her change a flat tire and discovers the danger Honor is in, he longs to help--but Eli has secrets of his own that could get them all killed.

Lethal Agenda
When Detective Derek St. John rescues a woman he's met only once before--and has never been able to forget--he finds himself falling for her. But he'll have to keep Claire Montgomery alive if they're to have a future together. 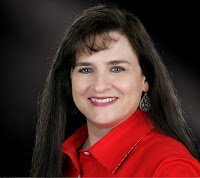 Author Bio:
Lynette Eason is the best-selling, award winning author of almost fifty books including the Women of Justice series, the Deadly Reunions series, the Hidden Identity series, the Elite Guardians series and the Blue Justice series. She writes for Revell and for Harlequin’s Love Inspired Suspense line. Her books have appeared on the CBA, ECPA, and Publisher’s Weekly bestseller lists. She has won several awards including the Carol Award, the IRCC award, the Selah, and the Christian Retailing’s Best 2017 Award. She placed in the top ten in the James Patterson 2016 co-writer contest. The movie, Her Stolen Past, based on Lynette’s novel, aired February 2, 2018 on the Lifetime Movie Network. Lynette is a member of American Christian Fiction Writers (ACFW), Romance Writers of America (RWA), Mystery Writers of America (MWA), International Thriller Writers (ITW), and Faith, Hope, and Love (FHL) chapter of RWA as well as the Kiss of Death (KOD) chapter. Lynette can be found online at www.lynetteeason.com and www.facebook.com/lynette.eason and @lynetteeason on Twitter