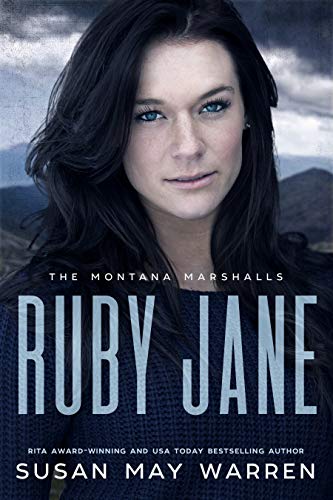 With the perfect blend of romance and fast-paced adrenaline-filled action, award winning author Susan May Warren’s highly anticipated conclusion to her popular Montana Marshalls series will leave readers treasuring the story long after the final page. Ruby Jane is an extraordinary tale of faith, forgiveness and grace, the strong family bonds, and finding true love when you least expect it.

In the stunning conclusion to the Montana Marshalls series, former CIA Analyst Ruby Jane (RJ) Marshall is determined to find answers when the love of her life, York Newgate is presumed dead in a car crash. A heroic mystery man appears on the national news, bearing a striking resemblance to someone from RJ’s past, while continued threats and violence target the Marshall siblings and those closest to them.

What I love best about this fantastic series is how each of the Marshall siblings continue to play integral roles in subsequent installments of the series. Tate has always been my favorite Marshall brother, and the cover for his story is my favorite in the series. The Marshall brothers (Reuben, Knox, Tate, Ford, and Wyatt) each have their own unique personalities that readers will fall in love with, but they all have a protective side to them, especially toward their family and the women they love. Readers will have fun trying to pick a favorite Marshall brother or just loving them all equally instead! You can’t go wrong with any of these brothers.... or York! Readers can find the oldest brother Reuben’s story in Burnin’ For You from Susan May Warren’s Montana Fire series.

Susan May Warren is a master at writing incredible family-centered series that draw readers closer to their faith. She beautifully weaves the spiritual elements into the storyline as she shares the powerful message that God is enough and that we are loved.

Ruby Jane is highly recommended for readers who enjoy action-packed contemporary romance. It is bittersweet to say goodbye to this incredible series and cast of characters, but I will treasure the opportunity to revisit old friends in the future as Ruby Jane will enjoy a permanent spot on my keeper shelf with her brothers. Since Susan May Warren often incorporates characters from previous series into her newer series, I am hopeful that we will see more of the Montana Marshalls in the future.
*I received a complimentary copy of this book from the author/publisher and was not required to write a positive review. All opinions expressed are mine.
Back Cover Blurb:
She loved...and lost.

Ruby Jane never thought she'd meet the man of her dreams while running from the police in Russia. That he'd steal her heart on a train to Siberia. But loving a former CIA officer comes with a price...a life of danger. A life of high stakes.

A life where he simply disappears...

He has no memory of the man he was.

Mack Jones has no memory of his past...just the dark sense that he is hiding. And, he wants to stay that way. Mack likes the life he's built in a small tourist town, tucked away beyond the mountains, and has no desire to dig around in the gray areas of his memory.

When his place of business catches fire and Mack rescues the owner, he makes the news, which of course alerts the past he's hoping to outrun.

The only person who can help him is a mysterious woman he doesn't remember.

But a woman he desperately needs.

The surprising, thrilling conclusion to the Montana Marshall series. 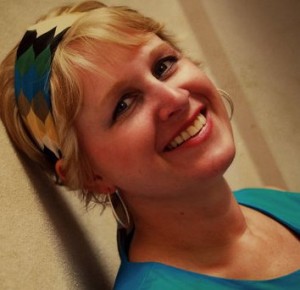 Author Bio:
Susan May Warren is the USA Today bestselling author of over 65 novels with more than 1 million books sold, including the Montana Rescue series. Winner of a RITA Award and multiple Christy and Carol Awards, as well as the HOLT Medallion and numerous Readers' Choice Awards, Susan has written contemporary and historical romances, romantic suspense, thrillers, romantic comedy, and novellas. She makes her home in Minnesota. Find her online at www.susanmaywarren.com, on Facebook at Susan May Warren Fiction, and on Twitter @susanmaywarren.