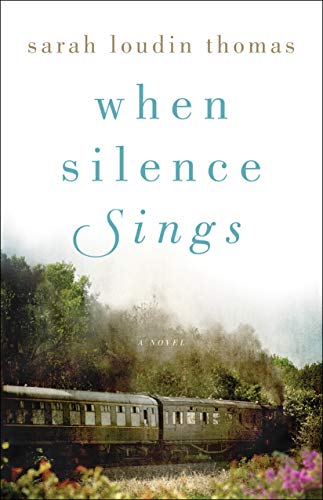 "And then the silence began to sing."

Colman Harpe longs to be a pastor of the people, but when he gets caught inextricably in the middle of an ongoing local family feud, he begins to walk a line finer than a piece of thread. On the one hand, his unusual circumstances land him in what many consider to be enemy territory, but on the other hand he might be exactly where God intends for him to be; weak, confused, and at the mercy of those who would love to hate him. Except for Ivy.

Serepta McClean is a woman who gets what she wants, and right now that means standing up to her son's disregard for human life, even if he did kill a Harpe. Stirring up old hatreds takes energy that she doesn't want to expend and it's important to Serepta to maintain control over her legal and illegal business ventures through-out the coal mining hills of West Virginia. So when a story telling preacher man from the "other side" catches the attention of "her people", she wonders just what kind of God this man wants her to believe in . . . . . but in reality, Serepta just wants him to go away.

What a beautifully written story, with its deep, impressionable characters and rich, convicting spiritual truths. Just how far does the Lord want us to go in order to love our enemies and do good to those who hate us? The author has not only delivered a clever twist on the biblical story of Jonah, but has managed to leave us all wanting to hear the voice of God. 4.5 stars.
*I received a copy of this book from the publisher. The opinions stated above are entirely my own.